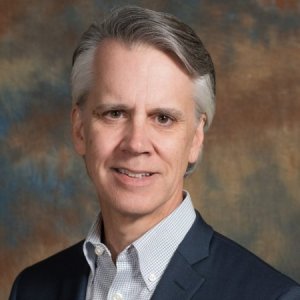 
Veteran journalist and media executive; now shaping the vision of one of the country's top communication schools. 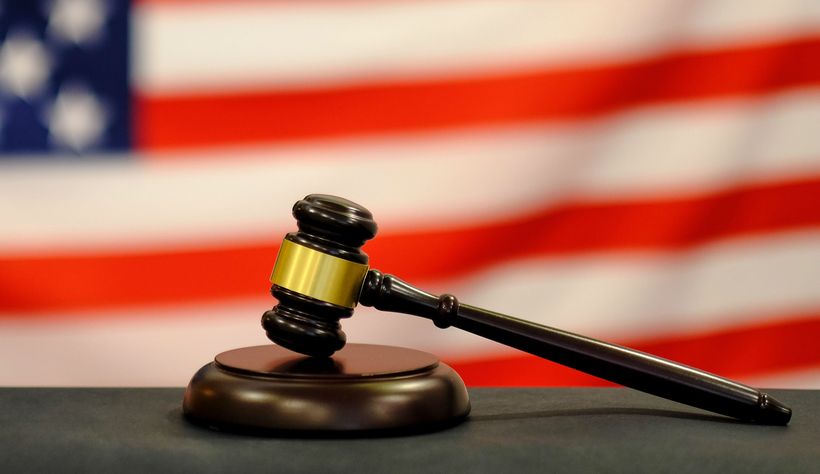 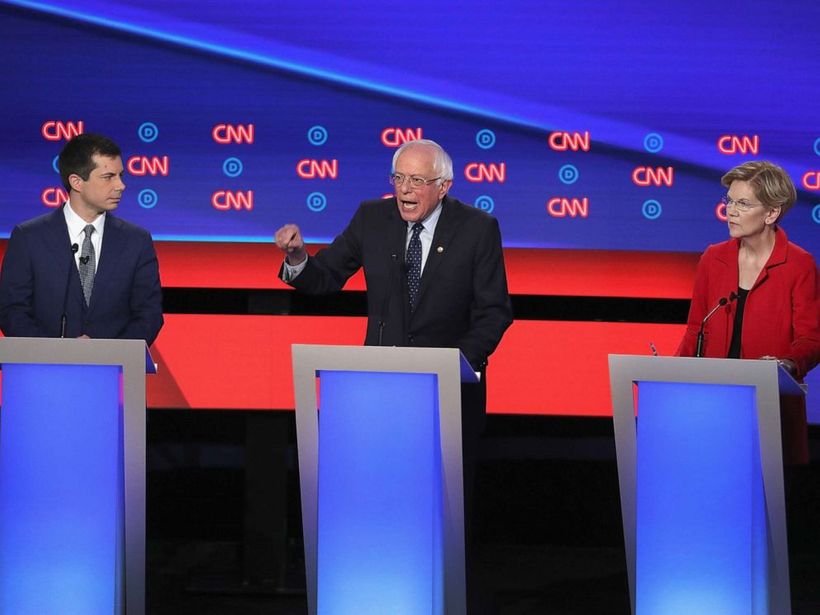 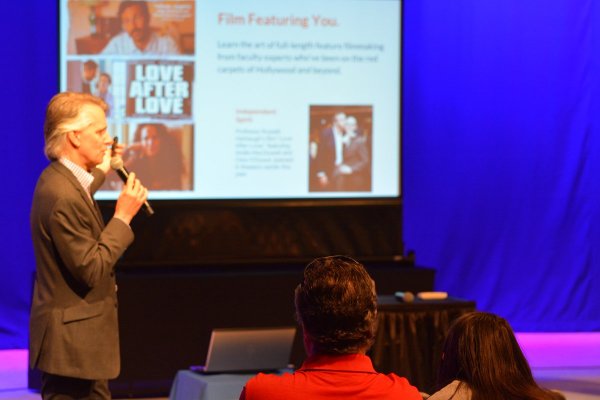 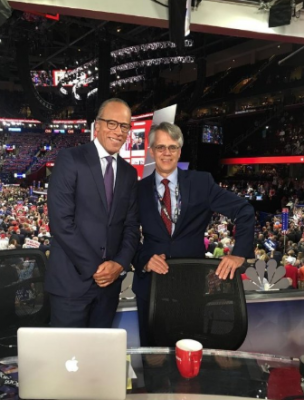 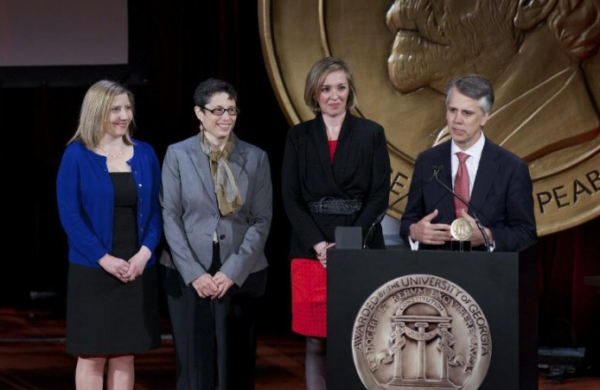 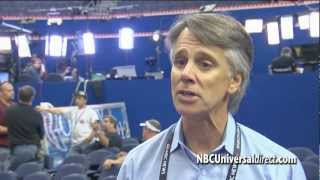 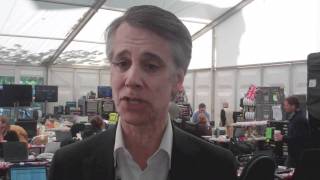 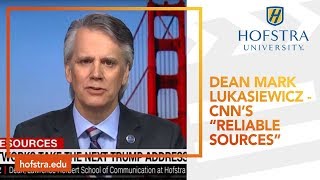 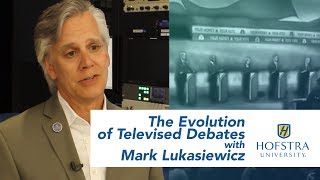 Mark Lukasiewicz is a veteran producer, journalist, and media executive who has spent his professional career telling important stories to worldwide audiences and helping media organizations deal with transformational change.

Most recently, he was senior vice president of specials at NBC News, planning and supervising coverage of major breaking news events such as the death of Osama bin Laden, the visit of Pope Francis to the United States, and presidential elections and debates from 2004 to 2016. Also at NBC, he served as NBC News’ first vice president of digital media, and later as executive-in-charge of the NBC News Group Transformation Project, a multiyear redesign and reimagining of technology, workspace, and workflow across NBCUniversal’s news platforms.

Before NBC, Lukasiewicz spent 11 years at ABC News where he was executive producer of Good Morning America, senior producer of World News Tonight with Peter Jennings, and senior producer of Primetime Live with Diane Sawyer and Sam Donaldson. In his decades-long career, he has produced numerous live and long-form programs, winning 10 Emmys, two Peabody Awards, and the Grand Prize of the Robert F. Kennedy Journalism Awards, among other journalism and international film festival awards. He has also taught video storytelling at the Columbia Journalism School, and has been a featured speaker at professional conferences in the United States and abroad.

A native of Canada, Lukasiewicz began his career as a reporter and columnist with The Globe and Mail and later as a senior producer with the Canadian Broadcasting Corporation (CBC). He earned a BA in economics (with honours) from the University of Toronto.

“There are certain speeches in the political life of the country that the news networks treat as events the audience deserves to see: the State of the Union, an inaugural address, and convention speeches by the nominee and the running mate,” said Mark Lukasiewicz, who was an executive producer for coverage of six conventions at NBC News. “These are singular events,” Mr. Lukasiewicz, now the dean of Hofstra University’s school of communications, added.“But the networks are going to struggle. How do you maintain an appearance of fairness and equity between the two parties’ political events, but deal with the fact that one candidate, you have every reason to believe, will not tell the truth?”

Joe Biden’s VP Pick: Reporters Scramble To Get A Scoop That Carries High Risk and Reward

“It’s a dangerous game,” said Mark Lukasiewicz, who [served at] NBC News as senior vice president of specials. Now the dean of the Lawerence Herbert School of Communication at Hoftra University, he said that the risk is “you will end up with egg on your face, but for a lot of political journalists it is kind of an irresistible story.”

Trump wants to use reporters as props. We don’t have to let him.

Mark Lukasiewicz, a former senior vice president at NBC News who is now dean of Hofstra University’s School of Communication, noted in an interview that White House reporters have hard jobs, particularly given their dependence on access to limited sources. But he also said they missed an opportunity. “The White House press corps needs to understand that this White House isn’t playing by the old rules. That means you have to behave differently. What bothered me about Karl’s tweet was that it implied the press had no options. That’s not true. They had several options. They didn’t have to sit down.… They could turn around and leave.”

‘If It’s Not True, Don’t Put It on TV’: A Former TV Exec on How to Save Live News in the Trump Era

Mark Lukasiewicz, dean of the Lawrence Herbert School of Communication, spoke at length with Rolling Stone about his career as a network news executive and his recent op-ed in the Columbia Journalism Review about the need to rethink how much live coverage should be given to the president’s often-misinformed daily coronavirus briefings. He also discusses the state of TV news and “how broadcast news can get back to its roots as a profession focused on facts

In this op-ed, Mark Lukasiewicz discusses a growing movement among television news outlets to delay live broadcast of President Trump's daily COVID-19 briefings to minimize falsehoods and politicizing. He writes: "In recent years, 'live' and 'breaking' have become even more dominant, and somewhat devalued, buzzwords of the business. And that has marked a substantial further surrender of journalism and journalistic values in television news."

No Audience? No Problem. A TV Debate Like Few Others Gets High Marks.

Mark Lukasiewicz, who produced 10 debates for NBC News and MSNBC from 2004 to 2016, said that he never proposed — and NBC News never considered — hosting a presidential debate without a live audience during his tenure there. “All of us — the networks, the parties and the candidates — became invested over the years in making debates bigger and splashier every cycle,” Mr. Lukasiewicz, who now teaches at Hofstra University, said in an interview on Sunday night. “There’s no question that we let substance and content suffer.” “It would be nice,” he added, if the audience-less CNN debate “showed us all there’s a better, simpler, older way.”

Rough debate performance by moderators a blow to CBS News

“These are good journalists, every one of them,” said Mark Lukasiewicz, who produced debates at NBC News and is now dean of the communication school at Hofstra University. “But being a journalist and being a debate moderator are different functions. And they did not do a good job.”

LUKASIEWICZ: "I think Uncle Walter would be shocked at the changes in his business since he was in that chair. There are just dramatically more platforms in which to absorb this content live and on tape but particularly live. And it's leading the broadcast networks to make different decisions. And the fact is the broadcast networks are no longer the lead players when it comes to live news delivery in this country."

“These decisions are difficult and they’re not always solely in the hands of the news divisions,” said Mark Lukasiewicz, a former NBC News executive and now dean of Hofstra University’s School of Communication. Sticking with news coverage becomes more difficult for the networks in the prime-time hours of 8 to 11 p.m., because that means a more significant loss of advertising revenue, Lukasiewicz said.

Mark Lukasiewicz, dean of the Lawrence Herbert School of Communication at Hofstra University, said “the advocate is in the driver’s seat” in the OAN series, with Giuliani bringing forth documents on screen and helping conduct interviews. “The role typically played by an investigative journalist is played by Rudy Giuliani,” he said.

Lukasiewicz: Conspiracies Are a 'Deliberate Deception'

Former NBC News executive Mark Lukasiewicz argues that the conspiracy theories tied to the Ukraine scandal are really "a disinformation campaign. It's deliberate deception. It's fabrication." He says the media does "a disservice" by repeating false narratives.

“It was a substantive debate, but it was, in every way, a sideshow to the existential presidential drama unfolding in Washington even as the candidates were arriving to debate,” said Mark Lukasiewicz, dean of the Lawrence Herbert School of Communication at Hofstra University. “I imagine there were many viewers exhausted from tracking the impeachment hearings.”

The Rise and Fall of Michael Avenatti

[Avenatti's] brash, trash-talking style appealed in particular to those who wanted “to see someone engage with the Republican base on that kind of street-fighter level,” said Mark Lukasiewicz, dean of Hofstra University’s Lawrence Herbert School of Communication. Plus, he was good at it. “He is articulate. He is telegenic,” said Lukasiewicz, a former executive with NBC and ABC. “He knows how to be provocative in a cable-news landscape where how you speak can become as important as what you know.”

Examining the State of Journalism

Michael Harrison chats with Mark Lukasiewicz, Dean of Hofstra University's Lawrence Herbert School of Communication, about the state of journalism in America.

President Trump's record of deception has some media critics questioning whether the broadcast networks should have granted his recent request for air time. Will the networks think twice the next time he asks? Indira Lakshmanan and Mark Lukasiewicz discuss the issue with Brian Stelter.

By airing the rebuttal from Pelosi and Schumer, the networks did something that is seldom done for presidential speeches, except for events like the State of the Union address, said former NBC News executive Mark Lukasiewicz, now dean of the Hofstra University communications school. That sets a precedent that may be tough for them to back away from in future events, he said. Lukasiewicz argued that for the networks, it was an awkward night that would not please either side of the debate over border security. “The president made no news and no new proposals,” he said. “It is hard to argue this night was about anything other than pure politics — and the networks interrupted programming to accommodate it.”

Maddow has been beating Hannity outright in December, a turnaround from October. During that month, when Supreme Court Justice Brett Kavanaugh’s confirmation drama dominated the news, Hannity’s audience routinely exceeded Maddow’s by about a million people each night, Nielsen said. “I think it’s a reflection of the mood of his audience,” said Mark Lukasiewicz, dean of Hofstra University’s communications school and a longtime NBC executive. “They can’t be happy with what is coming out of Washington every day.”

Mark Lukasiewicz has supervised news coverage of global events such as the royal wedding of Prince William and Kate Middleton, the death of Osama bin Laden and the visit of Pope Francis to the United States. And on July 1, the Emmy Award-winning NBC News executive will add the job of dean of Hofstra University’s Lawrence Herbert School of Communication to his resume.

Former NBC News executive Mark Lukasiewicz has been appointed dean of the Lawrence Herbert School of Communication at Hofstra University. Lukasiewicz left NBC News last year after 16 years at the network. His roles included executive-in-charge of the NBC News Group Transformation Project, svp of NBC News Specials, and he was the news division’s first vp of digital media.