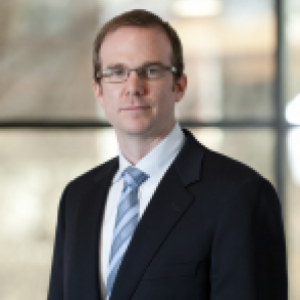 Principal Economist | The Conference Board of Canada


Prolifigate spending? When it's time to put your fiscal house in order, count on a Principal Economist to steer you in the right direction

Matthew Stewart is a principal economist with the Conference Board specializing in the Canadian and world economy. Matthew is currently advising international clients on the economy and has been assisting the Ukrainian federal government and city level governments in developing strategic plans. In Canada, he has been responsible for designing and building a demand and supply model for physicians based on changing disease patterns.

Matthew contributes to the Canadian and U.S. forecast publications and has appeared before the House of Commons finance committee numerous times as a fiscal expert. Among Matthew’s most recent publications is an analysis of Ontario’s economic and fiscal situation.

Included amongst his areas of expertise are fiscal forecasting, demographic forecasting, government financing, economic analysis, supply and demand modeling. Matthew has built econometric models for government clients that are used to forecast public accounts for the federal, provincial and territorial levels of government.

Matthew has appeared on TV and radio numerous times as an expert on the Canadian Economy and government finances. He has recently authored two chapters in a book titled Lessons from the Recession and Financial Crisis –The Fiscal Bills Will Have to be Paid.

Principal Economist – The Conference Board of Canada (professional)

Evidence-Based Economic Development in Ukrainian Oblasts and Municipalities Project is a 5-year project (2010-2015) that is funded by the Canadian International Development Agency and managed by The Conference Board of Canada. The aim of the project is to facilitate sustainable economic development of Ukrainian oblasts and municipalities through building capacity of local authorities in social & economic development planning of the territories using quantitative analysis and forecasting tools.

Vice President of the Economics Accociation, All Canadian all four years (Awarded to those on the deans honour list and competing on a varsity team)

Captain of the Varsity Fencing Team and MVP

This discussion will look at Ontario’s fiscal challenges—in particular, the challenges to maintaining a public health care system at a time of deficits and growing demand.

Given the worsening debt crisis in Europe and the growing fiscal problem around the world, this presentation focused on how these developments will affect the Canadian economy particularly on issues relevant to HR managers.