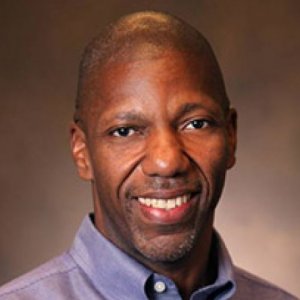 
An expert in restorative justice, suspensions, equity for students of color and restorative discipline practices. 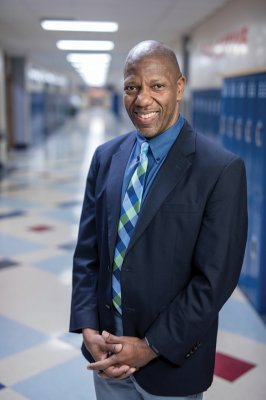 Maury's Nation's clinical research focuses on understanding and preventing violence and bullying among school-age children. His specific interests are bully and victim typologies, and the short- and long-term consequences of peer harassment. His community research is focused on understanding community and neighborhood qualities/characteristics that promote positive health and mental health outcomes. In 2016 he received a $5 million grant from the National Institute of Justice to fund a five-year partnership between the Nashville Mayor's office, Metropolitan Nashville Public Schools and Vanderbilt University to conduct The Nashville Longitudinal Study of Youth Safety and Wellbeing. Through the study, an interdisciplinary team of researchers, educators, city government and juvenile court staffers, police and youth development workers will develop a dataset to better inform decision-making with a goal of positively impacting the climate for youths in Nashville.

Equity for Students of Color

The University of South Carolina: Ph.D.

Study: Nashville students less likely to have positive relationships with adults as they age

As Nashville public schools students grow older, they are less likely to say they have a positive relationship with an adult outside of their home or school. Vanderbilt researcher Maury Nation said in a news release that any student saying they don't have a positive relationship with an adult outside their home or school is troubling. “Having trusting and supportive relationships with adults provides multiple benefits to adolescents and is one of the best predictors of success for young people," Nation said, who is leading the research study.

Dr. Maury Nation, an Associate Professor at Vanderbilt University, recently received a $5 million grant from the Department of Justice to research the safety and well-being of Nashville’s youth. “This is a complex issue that involves much more than just what happens in a classroom,” he said.

“Most kids don’t like the aftermath of a fight. To the degree that they have skill sets and opportunities to solve things in other ways, they’re open to them,” said Maury Nation, a Vanderbilt University researcher studying such alternative discipline techniques in schools.

2019 The efficacy of youth violence prevention policies, programs, and practices partly depends on understanding the reasons for why students are targeted for victimization. However, what is known about why some students are targeted for victimization over others is limited to researcher-generated reasons and therefore may risk ecological validity.

2018 Social scientists have a potentially important role to play in combatting discrimination and hate-motivated aggression, as has been noted for over 50 years. Nonetheless, there is still relatively little research in this area, despite increasing recognition of discrimination on the basis of race, ethnicity, religion, gender identity, sexual orientation, and other characteristics.

Practices for Improving Secondary School Climate: A Systematic Review of the Research Literature

2016 School climate has received increased attention in education policy and, in response, educators are seeking strategies to improve the climates of their middle and high schools. However, there has been no comprehensive synthesis of the empirical evidence for what works in school climate improvement. This article constitutes a systematic review of programs and practices with empirical support for improving school climate.

2016 Many universities are making concerted efforts to engage their communities as part of their effort to strengthen democratic principles and processes. These initiatives have included faculty and students assuming both traditional and novel roles to promote community engagement, with varying degrees of success.

Students’ Perceptions of Safety at School After Sandy Hook

2015 High profile school shootings have served as pivotal events for developing policies to promote student safety. Although previous studies indicate that exposure to violence is associated with feeling unsafe at school and poorer academic and psychosocial outcomes, research on the relationship between widely publicized acts of school violence and students’ perceptions of safety is scant.