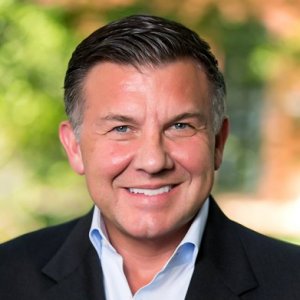 
Expert in the business of healthcare and entrepreneurial development.

With over 20 years of extensive experience in healthcare innovation, entrepreneurship, and startup venture coaching, Burcham is a lynchpin in Vanderbilt’s and Nashville’s startup communities. He has served as an advisor for several companies, medical systems, and government initiatives, including Blue Cross Blue Shield, Georgia Pacific, HCA, and a 2002 US Health Care Trade Mission to the European Union. Burcham is the former President and CEO of the Nashville Entrepreneurship Center. From 2001 to 2007, Michael served as President of ParadigmHealth, an integrator of care and disease management services for health plans and employers which has managed over 100,000 individuals nationwide since its inception. Prior to joining ParadigmHealth, Michael was President of Theraphysics, a venture-backed specialty rehabilitation firm he founded in 1992. He also served HCA as the Vice President of Managed Care from 1988-1992. He sits on the boards of 7 companies operating the healthcare and education industries.

Named a Champion of Change by the White House in 2012

The University of Mississippi: B.S.

Much-anticipated 'forgiveness' guidelines for PPP loans set to be unveiled

“The record-keeping and accounting to keep up with this is pretty daunting. The small businesses I advise, I’ve encouraged them to put this in a totally separate account,” said Michael Burcham, a professor at Vanderbilt University’s Owen School of Management. “This is going to be almost a guilty until proven innocent situation. You’re going to have to have some arduous accounting,” said Burcham, adding, “Do you remember what you spent eight weeks ago? Is it in a format that our government might want?”

For tribes, casinos fund what the government doesn't. Now, they're closed.

Some tribes had applications ready to go, having prepared them during weeks of lobbying Congress to let them apply for PPP. But for a program that's "first come, first served," the odds don't favor latecomers, said Michael Burcham, a professor at Vanderbilt's Owen School of Management. "If it's phased-priority consideration, on a first-come, first-served basis, what's left? Not much," Burcham said. "Unless that changes, latecomers to this party are in a precarious spot to get funding in this second wave. When you think of a million [applications] sitting in the queue, if you're not in there, it would be a very tough thing to imagine getting funding."

A health care-focused private equity firm is setting up shop in Nashville, with plans to close an incremental investment in a local company underway. Ishbia said the firm has already tapped into that hotbed: Founding president and CEO of Nashville Entrepreneur Center Michael Burcham and former HCA Healthcare executive Paul Rutledge joined the firm as executive partners in January and will play a key role in the new Nashville location.