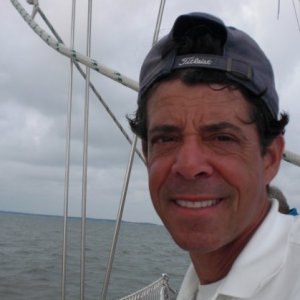 
Professor Peters conducts experimental and theoretical research in the field of protein engineering. 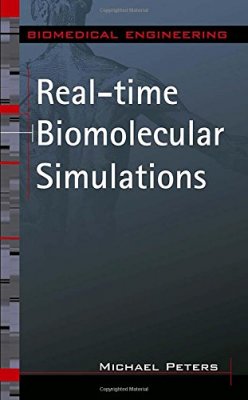 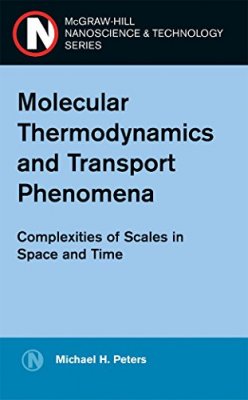 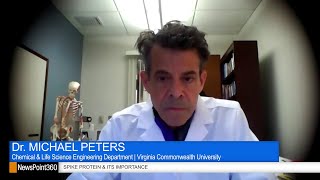 2004 Awarded by the Florida State University

Awarded by the American Physical Society

A "twist of fate" that is minuscule even on the molecular level may cause the development of Alzheimer's disease, VCU researchers have found. Observations of molecules called monomers, which are present in the brain, have revealed valuable insights into the disease's pathway. Monomers resemble a chain in which each of the links is one of 20 amino acids, the building blocks of essential proteins. Problems arise when these monomer chains repeatedly stack on top of one another to form harmful atypical amyloid fibrils, which are long, string-like structures. Typical amyloid fibrils are made from monomer chains that contain 40 amino acid links, and may have a role in DNA transcription and other cellular processes. A comprehensive look at the brains of familial (inherited) and senile (non-inherited) Alzheimer's sufferers shows that monomers with two additional links in the amino acid chain—called Aβ42 monomers—lead to the devastating disease, said Michael Peters, Ph.D., professor in the Department of Chemical and Life Science Engineering in the School of Engineering. In cases of familial Alzheimer's, mutations in the monomer production pathway leads to the higher number of monomers. It is currently unknown how they develop in brains affected by senile Alzheimer's. Peters said it's "very bizarre" that the addition of these two naturally occurring amino acids to the end of a monomer is so consequential. "With diseases like cancer you can have one or more mutations or sequence changes along the chain itself, which radically alters the protein's behavior," Peters said, "In the case of Alzheimer's, there are no mutations in the monomers. You are simply adding only two natural amino acids to the very end of the non-toxic monomers, which causes a catastrophe."

Disarming the virus that causes COVID-19 until it’s no worse than the common cold is a powerful strategy researchers are using to attack this deadly virus. One Virginia Commonwealth University College of Engineering researcher is using decoys - peptide decoys - to do just that. Michael Peters, Ph.D., a professor in VCU’s Department of Chemical and Life Science Engineering, has developed a potentially lifesaving novel peptide therapeutic that could slow the transmission of COVID-19. Peters’ studies focus on preventing spike protein binding, a possible cause of COVID-19. SARS-CoV-2, the coronavirus that causes COVID-19, attaches to and enters cells through the binding of its spike protein to the human cell surface receptor called angiotensin converting enzyme 2, or ACE2. ACE2 is a protein found on the surface of epithelial cells, making it highly dispersed throughout the body. Epithelial cells line body tissues. That means there are numerous opportunities for SARS-CoV-2 to infect lungs, kidneys, and other vital organs and vasculature. The novel peptide developed by Dr. Peters binds to a segment of the COVID-19 spike protein, which mimics its attachment to ACE2.

2014 A simple, static contact mapping algorithm has been developed as a first step at identifying potential peptide biomimetics from protein interaction partner structure files. This rapid and simple mapping algorithm, “OpenContact” provides screened or parsed protein interaction files based on specified criteria for interatomic separation distances and interatomic potential interactions. The algorithm, which uses all-atom Amber03 force field models, was blindly tested on several unrelated cases from the literature where potential peptide mimetics have been experimentally developed to varying degrees of success. In all cases, the screening algorithm efficiently predicted proposed or potential peptide biomimetics, or close variations thereof, and provided complete atom-atom interaction data necessary for further detailed analysis and drug development. In addition, we used the static parsing/mapping method to develop a peptide mimetic to the cancer protein target, epidermal growth factor receptor. In this case, secondary, loop structure for the peptide was indicated from the intra-protein mapping, and the peptide was subsequently synthesized and shown to exhibit successful binding to the target protein. The case studies, which all involved experimental peptide drug advancement, illustrate many of the challenges associated with the development of peptide biomimetics, in general.

The Journal of Chemical Physics

2015 The transport of flexible biological macromolecules in confined geometries is found in a variety of important biophysical systems including biomolecular movements through pores in cell walls, vesicle walls, and synthetic nanopores for sequencing methods. In this study, we extend our previous analysis of the Fokker–Planck and Langevin dynamics for describing the coupled translational and rotational motions of single structuredmacromolecules near structured external surfaces or walls to the problem of many interacting macromolecules in the presence of structured external surfaces representing the confining geometry. Overall macromolecular flexibility is modeled through specified interaction potentials between the structured Brownian subunits (B-particles), as already demonstrated for protein and DNA molecules briefly reviewed here. We derive the Fokker–Planck equation using a formal multiple time scale perturbation expansion of the Liouville equation for the entire system, i.e., solvent,macromolecules, and external surface. A configurational–orientational Langevin displacement equation is also obtained for use in Brownian dynamics applications. We demonstrate important effects of the external surface on implicit solvent forces through formal descriptions of the grand frictiontensor and equilibrium average force of the solvent on the B-particles. The formal analysis provides both transparency of all terms of the Langevin displacement equation as well as a prescription for their determination. As an example, application of the methods developed, the real-time movement of an α-helix protein through a carbon nanotube is simulated.

2009 Following Irving and Kirkwood’s classical approach to the statistical mechanics of transport processes and the conservation equations for mass, momentum, and energy, we introduce a particular dynamical variable for entropy and derive the general nonequilibrium entropy conservation equation. This particular formalism is shown to encompass both Boltzmann’s and Gibbs’ entropy definitions as special cases. Entropy generation is shown to follow from phase-space dimensionality loss and truncations or approximations in higher-order space, the latter of which is consistent with the thesis of Jaynes. The general approach to entropy conservation given here not only completes Irving and Kirkwood’s treatment of the transport equations but also allows for a consistent analysis of all transport equations for any given system. Following standard perturbation expansion methods about local equilibrium states, we derive the closed form of the entropy conservation equation for isolated systems, which is shown to be in agreement with well-known phenomenological results and the principles of irreversible thermodynamics. In addition, the generalized nonequilibrium entropy developed here is fully consistent with its equilibrium counterpart. As an example, our formalism allows the analysis of entropy changes in dense gases and liquids through the introduction of a nonequilibrium Green’s entropy. This study provides a firm molecular basis of entropy conservation by consistent methods across the transport equations, allowing ready extensions to complex systems. Such foundations are of contemporary importance in designing energy-efficient or minimum entropy generating engineering systems.