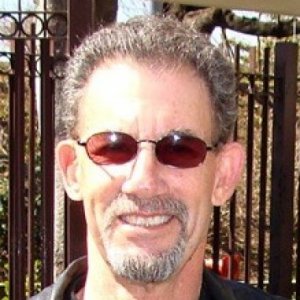 
Professor of East Asian History and International Studies, Associate Dean of Faculty and Director of Faculty Research and Development.

Dr. Weiner is the author of numerous books and more than thirty peer-refereed journal articles. He has
also appeared in the media (newspaper, radio, television) in Japan, Great Britain, and the United States.
His current research interests include the history of medicine in Japan with particular reference to the
social history of leprosy and leprosy control. He is the co-author of a chapter comparing disease control
in modernizing states (Chile and Japan), which appears in The Pacific Basin: An Introduction (2017),
which he also co-edited. Dr. Weiner has recently been commissioned to edit a Routledge Handbook,
“Race and Ethnicity in Asia”, which will involve collaboration with thirty scholars from North America,
Europe, Asia, Australia, and Oceania. He is a Taylor & Francis Routledge “Featured Author”.

Race, Ethnicity and Migration in Modern and Imperial Japan

Dr. Weiner is the recipient of multiple grants and fellowships, including those from the British Academy, the Economic and Social Research Council, the Japan Foundation, Sasakawa Foundation, Japan Ministry of Education, Harvard, Hōsei and Hokkaido Universities.

He has also held visiting professorships at University of Massachusetts, Amherst, and Dartmouth College. Dr. Weiner is the former Managing Editor of Japan Forum, currently serves on the editorial boards of several professional journals and as external examiner for universities in the United States, Europe and Australia. He has been awarded Professor of the Year at two universities: San Diego State University (2005); and Soka University of America (2006).

Discourses of race, nation and empire in pre‐1945 Japan

2010 Abstract: The treatment of Japan's minority populations remains circumscribed by racial assumptions first articulated during the Meiji period, and subsequently reinforced by the construction of a Japanese national identity. In this article an attempt is made to analyse the interrelationship between nationalist, ‘racial’ and imperial discourses during the period 1868–1945 which facilitated the construction of this identity. In contrast to the voluminous literature covering the political, economic and institutional aspects of Japan's transformation from a relatively weak semi‐feudal state on the periphery of East Asia to an empire capable of challenging the European powers, relatively little work has been done on the construction of the national ethos which accompanied this process. A second and related theme developed here is the creation of a uniquely powerful polity embodied in the notion of the Kazoku Kokka (family state). Although ‘racial’ nationalism was but one of a number of nationalisms present during this period, the centrality of ‘race’ in determining membership in the national community grew over time. The essence of this ‘racialized’ national culture was dependent upon a kind of historical forgetfulness which recast the whole meaning of ‘Japaneseness’ in powerful images of the enduring purity and homogeneity (racial and cultural) of the nation, the family and the Japanese way of life. A corollary of the construction of a Japanese ‘race’ was the simultaneous categorization of subordinate populations (both within Japan ‐ Ainu and burakumin ‐ and within the empire generally ‐ Koreans and Taiwanese) as members of equally distinct but inferior ‘races’. The approach taken here will be to analyse the conditions under which ‘racial’ categorization took place in Japan, and the implications this had for the treatment of subordinate peoples within the empire. A comparative perspective will be employed to highlight parallels within nineteenth‐century Europe, and, more generally, the relevance of social‐Darwinian notions of ‘race’ imported from Europe in the construction of the modern Japanese identity.