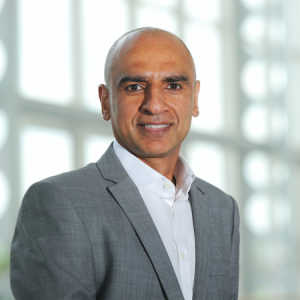 Monder is an authority on small business & ethnic minority entrepreneurship research & has appeared frequently in the media on these topics. 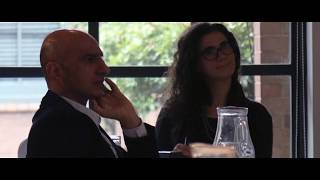 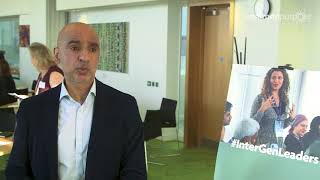 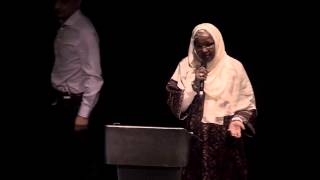 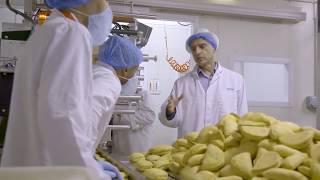 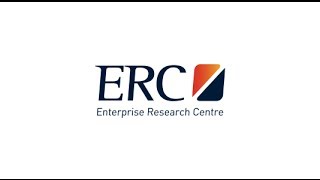 Professor Monder Ram OBE is the Director of the Centre for Research in Ethnic Minority Entrepreneurship (CREME). He is a leading authority on small business and ethnic minority entrepreneurship research and has published widely on the subject, and has extensive experience of working in and acting as a consultant to small and ethnic minority businesses. Monder is a regular keynote speaker at international conferences, and advises the government on the importance and value of ethnic minority businesses through his position on the APPG for BAME Business Owners. He also holds visiting positions at Warwick University and the University of Turku.

SMEs in the West Midlands

Ethnic minority businesses at risk. The need for support is echoed by Professor Monder Ram, director of the Centre for Research in Ethnic Minority Entrepreneurship (CREME) at Aston University in Birmingham.

Professor Monder Ram, the director of the Centre for Research in Ethnic Minority Entrepreneurship at Aston Business School, was also interviewed for the podcast, and said resilient Asian retail businesses were among the “heroes” of the pandemic.

Price rises to ‘realistic levels’ may be needed, according to Professor Monder Ram, director of the Centre for Research in Ethnic Minority Entrepreneurship at Aston Business School, who fears more than a third of curry houses are under threat.

Third of curry houses may not reopen following lockdown

The impact could actually be worse,according to Professor Monder Ram, Director of the Centre for Research in Ethnic Minority Entrepreneurship at Aston Business School, unless venues invested and raised prices to realistic levels.

Coronavirus in the UK: Why thousands of the UK’s curry houses probably won’t be able to reopen

Professor Monder Ram, director of the Centre for Research in Ethnic Minority Entrepreneurship at Aston Business School, which is part of the university, works to support, develop, and modernise small businesses, chiefly those run by people from minorities.

The Impact of the National Living Wage on Small Firms

Building an Inclusive Ecosystem for Growth in Disadvantaged Areas

The Roots of Informal Responses to Regulatory Change: Non‐compliant Small Firms and the National Living Wage

How do small ‘non‐compliant’ firms (those evading existing regulations) react to further regulatory change? The impact of the National Living Wage in the UK in 2016 is analysed through 22 mostly longitudinal case studies of small non‐compliant firms. The varied responses, endurance of non‐compliance, and blurred and dynamic nature of transitions to compliance are discussed through the lens of institutional approaches to informality. The analysis sheds new light on the relative autonomy of micro processes and the conditions under which external forces affect these processes. Non‐compliant informality, as a persisting feature of small business, is unlikely to be transformed by legal regulation alone.

Bricolage as Survival, Growth and Transformation: The Role of Patch-Working in the Social Agency of Migrant Entrepreneurs

This article examines the patch-working strategies of migrant entrepreneurs as a form of social agency. ‘Patch-working’ – the reliance on supplementary forms of income to support business activity – is often seen as a means of cushioning the financial vulnerability of small firms. However, the mechanisms and forms that patch-working takes tend to be overlooked. Evidence from 42 West Midlands’ firms shows that, despite the highly constrained operating environment, the exercise of social agency can help to cushion against disadvantage and to rework their current conditions through patch-working. This allows for business growth, and even transformational growth in some cases, rather than sheer survival. Even so, our findings show that the agency of migrant entrepreneurs brings about only minor improvements in revenue and is certainly not capable of fundamentally changing either the nature of the sector or the structure of the labour market in which they are embedded.

How do migrant entrepreneurs contribute to economic development? The growing attention to the contribution that migrants make tends to be skewed towards their economic role. Drawing on interviews with 49 new migrant business owners and 60 workers in the West Midlands, UK, we argue that benefits of diversity should be explored beyond the economic dividend. We engage with key theoretical developments in the fields of migrant entrepreneurship and diversity economics, and show that migrant entrepreneurs are characterised by the polarisation of their performance between high fliers and survival entrepreneurs. Despite their overall resource poverty, migrant entrepreneurs on the lower level create employment for their locality, cater to community needs and cushion the social incorporation of new communities in British society. We argue that debates around the benefits of diversity should incorporate not only economic growth, but also its impact on social processes.

The Dynamics of Entrepreneurial Contexts

The arrival of Kloosterman and colleagues’ ‘mixed embeddedness’ perspective at the turn of the twenty-first century reinforced the importance of context to the study of ethnic minority entrepreneurship. It countered the primacy of culturalist tropes, and emphasized the political, economic, sectoral and spatial contours of migrant business activity. We present a brief historical reprise, drawing in particular on the experiences of migrant entrepreneurs in the UK. The contribution of mixed embeddedness is important, but scope remains to advance the perspective, particularly by: more comparative research; foregrounding racism; an intersectional stance; and acknowledging the social function of migrant businesses.

Financialisation and small firms: A qualitative analysis of bioscience and film and media firms

How, if at all, does financialisation affect small firms that have no direct exposure to capital markets? This article argues the need to address this lacuna empirically, conceptually and politically drawing on research from a qualitative longitudinal analysis of UK small businesses in bio-business and film and media sectors. We identify three potential conduits through which financialising principles and practices may be perceived, translated and resisted for owners, managers and staff. More broadly, the article argues that financial relations should figure more prominently and move from their relatively marginal location into the heart of socio-economic analysis of small firms. As such, the research connects with and extends an important social science tradition of research on managerial control in small firms to include issues of financialisation and financial governance.