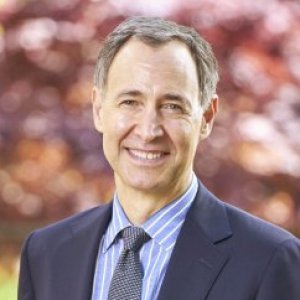 
Expert in the intersection of law and behavioral biology. 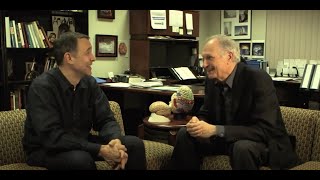 Owen Jones specializes in the intersection of law and behavioral biology. Holding joint academic appointments, he uses methods and insights from brain-imaging (fMRI), evolutionary biology, and behavioral economics to learn more about how the brain's varied operations affect behaviors relevant to law. With four grants from the MacArthur Foundation, totaling over 7.6 million dollars, he designed, created and directs the national Research Network on Law and Neuroscience. The Network partners selected legal scholars and brain scientists at leading universities, including Yale, Stanford, Columbia, Virginia, Cornell, Northwestern, and the University of Pennsylvania, among others, to explore systematically both the promise and the limitations of using new neuroscientific techniques to improve criminal justice. Since 2011, this Network team has published more than 95 brain-scanning and conceptual works.

Professor Jones – one of the authors of the book Law and Neuroscience – has authored or co-authored more than 50 scholarly articles, book chapters, and essays in such legal venues as the Columbia, Chicago, California, NYU, Northwestern, Cornell, Vanderbilt, and Michigan law reviews, and in such leading scientific journals as Neuron, Nature Neuroscience, the Journal of Neuroscience, Current Biology, Evolution and Human Behavior, and the Proceedings of the National Academy of Sciences.

Before joining the legal academy, Jones was a law clerk for Judge Thomas Penfield Jackson of the U.S. District Court for the District of Columbia and practiced law with the D.C. law firm Covington & Burling. Professor Jones was named a Chancellor’s Chair in 2010 and became the inaugural holder of the Weaver Chair in 2019. In 2014 he received the 2014 Joe. B. Wyatt Distinguished University Professor Award, which annually honors one member of the Vanderbilt University faculty for accomplishments that bridge multiple academic disciplines and yield significant new knowledge from research. In 2015, he was elected a Fellow of the American Association for the Advancement of Science (AAAS).

Why Neuroscience is Coming to Courtrooms

But even the best studies like these include only reported cases, which represent “a tiny, tiny fraction” of trials, says Owen Jones, a scholar of law and biological sciences at Vanderbilt University. (Jones also directs the MacArthur Foundation Research Network on Law and Neuroscience, which partners neuroscientists and legal scholars to do neurolaw research and help the legal system navigate the science.) Most cases, he says, result in plea agreements or settlements and never make it to trial, and there’s no feasible way to track how neuroscience is used in those instances.

Blame my brain: A killer's bold defense gets a court hearing

“The law at the moment exists in this gray zone where everyone acknowledges that both genetic and environmental factors could affect culpability,” said Owen Jones, a Vanderbilt University law professor who directs the Research Network on Law and Neuroscience. “But how do you know when, and how much?”

The End of (Discussing) Free Will

The problem with free will is that we keep dwelling on it. Really, this has to stop. Free will is to human behavior what a perfect vacuum is to terrestrial physics—a largely abstract endpoint from which to begin thinking, before immediately moving on to consider and confront the practical frictions of daily existence. I do get it. People don’t like to be caused. It conflicts with their preference to be fully self-actualized. So it is understandable that, at base, free-will discussions tend to center on whether people have the ability to make choices uncaused by anything other than themselves. But there’s a clear answer: They don’t. Will is as free as lunch. (If you doubt, just try willing yourself out of love, lust, anger, or jealousy.)