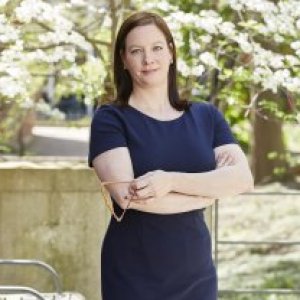 
Expert in behavioral economics, including causes and consequences of borrowing on high-interest credit. 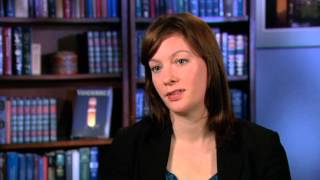 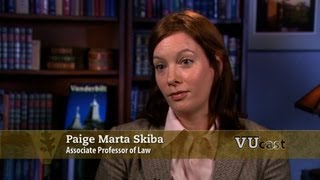 Paige Marta Skiba has conducted innovative research in the area of behavioral law and economics and commercial law, particularly on topics related to her economics dissertation, Behavior in High-Interest Credit Markets. Her current research focuses on the causes and consequences of borrowing on high-interest credit, such as payday loans, auto-title loans, and pawnshops, as well as the regulation of these industries. She has been the recipient of numerous research grants and fellowships from institutions such as the National Science Foundation, the Russell Sage Foundation, the National Institute on Aging, the Federal Reserve Board of Governors, the Burch Center for Tax Policy and Public Finance, and the Horowitz Foundation for Social Policy. Professor Skiba serves on the board of the American Law and Economics Association and the Society for Empirical Legal Studies. She earned her Ph.D. in economics from the University of California, Berkeley, in 2007. Professor Skiba teaches Bankruptcy and Behavioral Law and Economics to J.D. students. She also teaches Law and Economics, Behavioral Law and Economics, and Econometrics for Legal Research in the Ph.D. Program in Law and Economics.

The Student Loan Crisis Led to a Debt Strike. Experts Have Other Ideas.

“Student loans hold a special place in consumers’ debt portfolios because there aren’t as many backstops,” says Paige Marta Skiba, professor of law and economics at Vanderbilt University. “We could change the rules for loans and bankruptcy by relaxing what constitutes an ‘undue hardship.’”

Bankruptcy experts, including Paige Marta Skiba, an economist and law professor at Vanderbilt University, have been advocating for more stimulus and stronger protections for consumers. The combination of stimulus and regulations have helped keep evictions, foreclosures and bankruptcies at bay, Marta Skiba said, but she fears that there will be a spike soon. She said she was watching for increasing debt collection activity to signal when the surge will come and that some of the macroeconomic data was hiding some of the struggles for lower income households. “We’re in, maybe, the eye of the storm right now,” she said.

What do struggling small businesses need most? Time – and bankruptcy can provide it

The coronavirus pandemic and lockdown forced nearly a third of all small businesses in the United States to close. Some have shut down for good – one estimate puts the percentage at almost 2%, or over 100,000 so far. Those that remain and are gradually opening up must navigate a host of restrictions, including limits on customers, who themselves may be reluctant to get a haircut, dine out or engage in other activities that put them near others. Even in parts of the country that haven’t yet experienced a lot of COVID-19 cases, businesses have reopened to significantly smaller crowds, imperiling their survival.

As more Americans lose all or part of their incomes and struggle with mounting debts, another crisis looms: a wave of personal bankruptcies. Bankruptcy can discharge or erase many types of debts and stop foreclosures, repossessions and wage garnishments. But our research shows the bankruptcy system is difficult to navigate even in normal times, particularly for minorities, the elderly and those in rural areas.

Bernie Sanders and AOC’s plan to crack down on high-interest loans, explained

Since payday loans are regulated primarily at the state level, there is considerable variation in their availability and thus plenty of research on the impact of constraining or banning payday lending. Unfortunately, the studies lack a really clear takeaway. Harold Cuffe and Christopher Gibbs, for example, found that restricting payday loans reduces liquor store sales, with the biggest impact at stores that are located near payday lenders, suggesting that high-interest loans are often used for shortsighted reasons. But Neil Bhutta, Paige Marta Skiba, and Jeremy Tobacman found that using payday loans has no impact on borrowers’ credit scores, suggesting that in most cases, people are not ending up in unsustainable debt cycles. Gregory Elliehausen finds that “nearly all payday loan customers said that they were satisfied or somewhat satisfied with their most recent new payday loan” and that the typical borrower uses payday loans infrequently and to cope with an unexpected expense.

Limiting access to payday loans may do more harm than good

One of the few lending options available to the poor may soon evaporate if a new rule proposed June 2 goes into effect. The Consumer Financial Protection Bureau (CFPB) announced the rule with the aim of eliminating what it called “debt traps” caused by the US$38.5 billion payday loan market. But will it?

Powerball: 5 Reasons You're Lucky You Don't Have Winning Numbers

Economists Scott Hankins, Mark Hoekstra and Paige Marta Skiba studied people who won more than $600 from the Florida Lottery between 1993 and 2002. Although they found recipients of $50,000 to $150,000 were 50 percent less likely to file for bankruptcy in the two years after winning, relative to small winners, "they are equally more likely to file three to five years afterward."