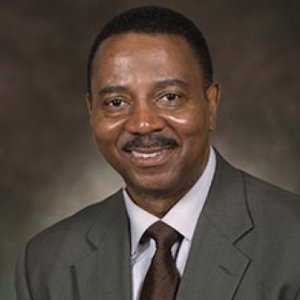 
Dr. Oliver serves as Director of the Criminal Justice Program.

It is time to finally change the laws regarding use of force? Let our experts explain. 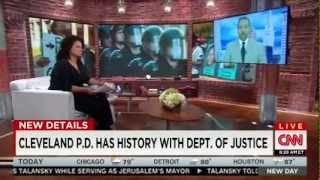 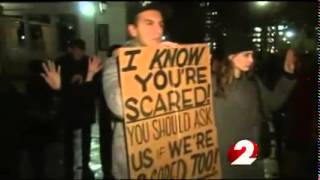 Professor Oliver serves as Director of the Criminal Justice Program. Prior to coming to Cedarville in 2005, he served for 27 years in law enforcement, including as Chief of Police in the cities of Fairborn, Grandview Heights, and Cleveland, Ohio, and as Ranger Chief of Cleveland Metropolitan Parks. He also spent 11 years as a trooper with the Ohio State Highway Patrol. Professor Oliver serves as a Crown Financial Ministries budget coach and seminar instructor, as well as being a consultant and trainer for the International Association of Chiefs of Police and Ohio Association of Chiefs of Police.

Improper / Proper Use of Force

Protecting our Students in School

Patrick Oliver joined WDTN TV to discuss the protection of our students in school.

Patrick Oliver joined WHIO TV to comment on police work and the jobs they do.

"Diversity, especially in leadership, can improve problem-solving and increase innovation, said Patrick Oliver, who runs a criminal justice program at Cedarville University, in Ohio, and worked in law enforcement for 27 years. Diversity at the top also can prevent a culture of racial bias. Managers set expectations and policies, and supervise officers, Oliver said..."

"Five police officers were killed and seven more were wounded Thursday night in Dallas after a sniper open fire during protests against police violence. Two civilians also were injured in the attack. Texas law enforcement officials have identified the slain suspect as Micah Johnson, 25. Cedarville University professor Patrick Oliver, a former police chief, said Friday morning to News Center 7’s John Bedell that 'we’re at the highest degree of tension between law enforcement and a segment of the minority community, particularly African Americans, over police intervention.' Oliver — who spent nearly 28 years in law enforcement, including 16 years as a police chief — said the issue in question is 'police legitimacy...'"

"When the media wants to make sense of a police shooting, they increasingly turn to a soft-spoken professor at Cedarville University. We at the Dayton Daily News probably turn to Patrick Oliver, associate professor of criminal justice, as much as anyone. But viewers have seen Oliver on CNN and elsewhere, talking about events from Ferguson, Mo. to Beavercreek..."

2013 Our present study undertakes an appraisal of a program designed to predict success in future law enforcement officers. We utilized a variety of both methods as well as modalities, and data was collected at various cross-sections of time. Our sample consisted mostly of Caucasian police officer hires, due to the nature of the available, although it included minority officers from three cultural backgrounds. As a pilot study, we utilized one time period as the basis for appraising the criterion for success, due to the grant requirement and need to report initial results. Nonetheless, we consider this a pilot study, with 80 tracking the officers in subsequent years as a possibility for future research as part of an ongoing, longitudinal project.

2012 Women in law enforcement bring talent, intelligence and ability to the policing profession. Not every woman is a leader, but every woman can lead within her area of responsibility or influence. The challenges of the profession have never been greater, therefore now is the time for women police leaders of all ranks and positions to bring new ideas and strategies to improve the quality of the law enforcement profession. Leadership means bringing both change and unity. Leadership is an intangible quality, yet we know it when we have experienced it. In spite of the multitude concepts, leadership generally 1) involves a process; 2) involves influence; 3) occurs in a group context; and involves goal attainment. Leadership is not bound by rank or position; instead, it involves certain traits, including flexibility, inner thought, inspiration, and the courage to take risks. The women who paved the way for females in policing used their feminine personality strengths and skills in leadership to better their professions. Many of the women in the history of policing hold “first” positions, such as the first female agent, or first female team member. Women continue to expand their roles and assignments in law enforcement. Even though these “first” women do not all hold management positions, they all have the potential for leadership in law enforcement.