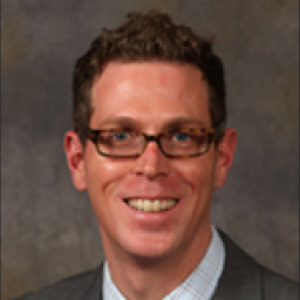 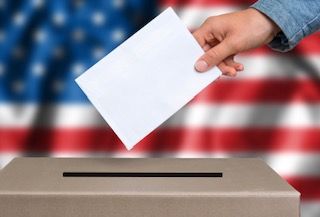 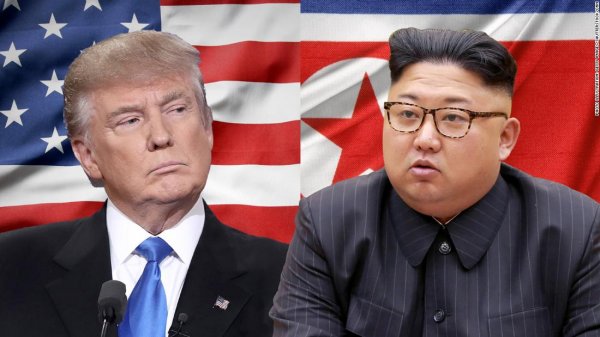 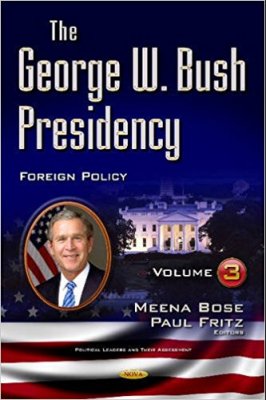 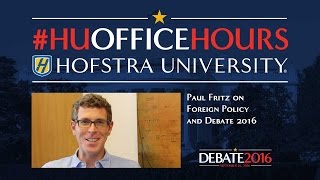 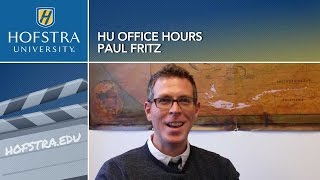 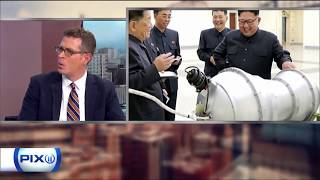 Professor Fritz's current research focus is on the problems states face after emerging victorious in war. He is working on a book manuscript based on his dissertation, Prudence in Victory, which examines the question of how states can most effectively promote postwar stability after victory. Professor Fritz has previously conducted research on alliance formation, which was published in The Journal of Politics and International Interactions.

Professor Fritz teaches Introduction to International Relations, American Foreign Policy, and US Defense and Technology Policy and plans to develop a course on Political Violence and Terrorism as well as others related to his research interests. Prior to arriving at Hofstra, Professor Fritz taught at the Ohio State University as a Graduate Teaching Associate and Lecturer from 2001-2006 where he received the Henry R. Spencer Award for Distinguished Teaching in the Department of Political Science in 2002 and the university-wide Graduate Associate Teaching Award for 2002-2003.

Trump at the G20 Summit in Argentina

Associate Professor of Political Science Paul Fritz, PhD, spoke with Fios 1 News about expectations for the highly anticipated trade talks between President Trump and President Xi Jinping of China during the G20 summit.

North Korea has been defiantly firing off missiles, threatening the world with its nuclear might. At last week's meeting of the United Nations General Assembly, President Donald Trump fired off a warning of his own. Trump said the U.S. is prepared to "totally destroy" the rogue nation if forced to defend itself or its allies. Marvin Scott speaks with political science professor Paul Fritz about the escalating nuclear tensions, the possible repercussions of these threats and whether diplomacy is still an option.

At present the US pays about $10 billion to the UN, made up of its compulsory dues and payments to individuals agencies, funds and programmes, such as peacekeeping, making it the biggest single donor. It comes at a time when the UN is dealing with a refugee crisis caused by the war in Syria and as it appeals for funds to help 20 milllion people facing starvation in Yemen, Somalia, South Sudan and Nigeria. Paul Fritz, assistant professor of political science at Hofstra University, said any cuts would be almost catastrophic. “There’s more pressure on programmes like the World Food Programme and others than there has been in decades,” he said.

But last week, James Mattis, the presumptive defence secretary told the senate confirmation hearing: “I think it is an imperfect arms control agreement — it’s not a friendship treaty. But when America gives her word, we have to live up to it and work with our allies.” On the other hand, said Paul Fritz, associate professor of foreign policy at Hofstra University, the outcome may depend on who has the ear of the incoming president — the hawkish General Mike Flynn, presumptive national security adviser, or Gen Mattis. “If the state department is frozen out and Mike Flynn is directing policy, which is a distinct possibility, I think Trump might be inclined to do more radical things,” Mr Fritz said.

Professor Paul Fritz discussed President Trump's speech at the UN General Assembly and escalating tensions between the US and North Korea. 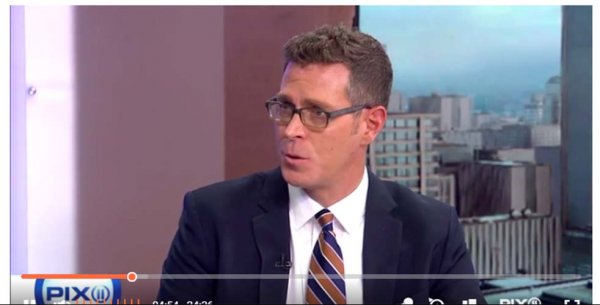 Imposing Democracy to Ensure the Peace: The Role of Coercive Socialization

Democratic victors hoping to protect war gains by forcing the vanquished to be free must not only overcome the problems associated with imposed democracy but also ensure continued influence over and interests in the newly democratic state. To secure this dual imperative, I argue victors must coercively socialize the vanquished state. I create a framework of coercive socialization and conduct a plausibility probe of the theory by detailing the imposition strategies the United States utilized to transform the Federal Republic of Germany into a reliable democratic partner after World War II. The findings suggest imposing democracy to ensure peace and secure interests is likely to succeed only under even more limited conditions than recent scholarship on imposed democracy allows and also lend insight into why the US effort to impose democracy on Iraq is unlikely to provide the benefits policymakers sought.

THE AMERICAN PRESIDENT AND THE UNITED NATIONS SECURITY COUNCIL: WHY BIGGER MAY BE BETTER.

2011 Is expansion of the United Nations Security Council (SC) in the American interest? This essay takes up the long-standing issue by focusing on how U.S. presidents utilize the SC to examine the potential costs and benefits of SC expansion. While the current administration publicly proclaims that the long-term legitimacy of the SC hinges on the body reflecting the contemporary international distribution of power, it has been hesitant to fully embrace expansion because of concerns about the efficiency and efficacy. Examining the potential costs and benefits of expansion on these issues of governance, or how the U.S. utilizes the SC to enforce the international order embodied by the UN, it appears the effects of expansion would be mixed. That is, efficiency may decrease but the efficacy of the SC could increase in some ways. Examination of the other function of the SC -- as a loose concert of great powers -- shows the potential benefits of an expanded council much clearer. Bringing rising great powers into the SC may, in the long run, perpetuate and expand the concert dynamic of the SC that has worked fairly well since 1945 in helping to stabilize great power politics. Especially in the face of potential relative decline, an American president may thus best protect U.S. foreign policy interests by fully embracing SC expansion. Because of the powerful role of the U.S. president in the SC, the essay also takes up the issue of presidential leadership and how even a daunting task like UN Charter reform could be achieved with exemplary leadership coming out of the White House.

Prudence in victory: The management of defeated great powers

2006 Though there is relatively little work on how states manage victory, the conventional wisdom in international relations scholarship is that moderation in victory is the only approach that will provide post-war stability. That is, defeated states should not be restricted in the post-war era, nor should the gains made by victors be too large. Otherwise, post-war stability is jeopardized. I argue that restrictive war-ending settlements tend to provide postwar stability when there is a large postwar gap in capabilities favoring the victors and those states actively enforce the settlement. When these conditions hold, postwar stability, defined as no or only minor alterations to the settlement attempted by the vanquished nation, can follow two pathways. The first is the acceptance of the restrictive settlement by the vanquished based on simple coercion, or where the defeated state is unable to challenge the settlement and thus grudgingly endures its treatment as long as the power gap favors the victors.

Jumping on the Bandwagon: An Interest‐Based Explanation for Great Power Alliances

2004 Despite an impressive collection of classical works on the subject, little is known about the frequency or characteristics of Great Power alliance decisions to balance with the weak or bandwagon with the strong. Most works hold that balancing is the predominant Great Power alliance formation behavior, but many examples to the contrary come to mind. We clearly operationalize the concepts of balancing and bandwagoning and find that Great Powers ally with the stronger of two choices (i.e., bandwagon) more often than balance of power theory expects. We argue this surprising finding occurs because Great Powers ally based on interests, not power. We test the generalizability of our argument with a censored probit model of Great Power alliance formation on all Great Powers from 1816 to 1992.

The (de) limitations of balance of power theory

2004 Balance of power theory provides an elegant explanation for great power alliance formation where states, forced to prevent the formation of hegemonic coalitions that may threaten their own security, balance against the strongest state or coalition in the system. However, history is replete with examples of great powers acting counter to the expectations of balance of power theory, and the theory itself has recently come under fire. This paper seeks the scope conditions for when great powers will balance with the weaker side.