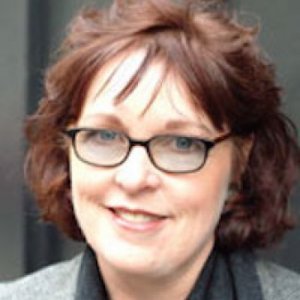 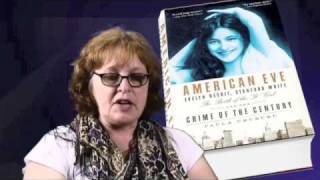 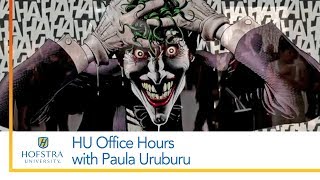 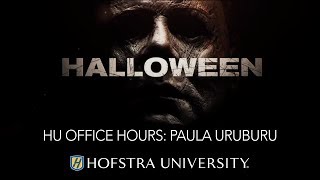 Paula Uruburu, a Professor of English and Film Studies, is a former Chair of the English Department and former Vice Dean of the School for University Studies at Hofstra. She received her Ph.D. from SUNY Stony Brook in English in 1983 with specializations in American literature, film studies and drama. Her last book, American Eve, tells the story of the meteoric rise to fame and the tragic consequences of Gibson Girl Evelyn Nesbit's fated relationships with famed architect Stanford White and murderer Harry Thaw, whose trial marked the beginning of our country's obsession with celebrity. She is currently finishing a book on the infamous Lizzie Borden. Dr. Uruburu has acted as a consultant to A&E, PBS, the History Channel, and the Smithsonian Channel. Of Basque-Irish descent, she is a native New Yorker who lives in her haunted 1890 house on the South Shore of Long Island, and has always liked the fact that her last name is a palindrome.

Just before she died at the age of 82, Evelyn Nesbit spoke about the infamous trial that had shaped much of her life: "I rocked civilization," she laughed. And she had. One biography, The Trial of the Century, even suggests that "the event was so shocking it actually helped to speed the end of America's 'Gilded Age'." It also set the tone for trials to come. "The press then was really just a more primitive version of what we see today," explains Paula Uruburu, author of the biography American Eve. "When the OJ Simpson trial was happening in the last decade of the century, the similarities between the coverage of both trials was remarkable. This case was the beginning of all that, really."

Tarentum puts cinematic spotlight on its own, and Alle-Kiski Valley, history

It's reported that her modeling career, begun in Pittsburgh at the age of 14, saved her Tarentum family financially. At 15, she moved to New York and quickly became the “It Girl” of her era, the “first recognizable and bona-fide pinup girl,” according to Hofstra University English professor Paula Uruburu in her book “American Eve,” chronicling the rags-to-riches story of Nesbit...

The event Dark Love: Murder and Madness in the Gilded Age from Landmark West! will take place in the Trunk Club at the Villard Houses, more popularly known as the New York Palace. Paula Uruburu, real-life history detective, spins the tale of architect Stanford White’s talents, loves, and tragic end. A final treat – a guided tour of the grand, historic space...

The world's first supermodel and her lunatic husband

Nesbit was barely 5 feet tall and resembled a schoolgirl, even as an adult. She had gained fame after a serendipitous encounter with an artist who asked her to pose for a portrait at age 14. Driven by financial necessity — her widowed mother was unemployed — Nesbit began modeling for magazines, commercials and all manner of sundries, becoming the banner child for the first heady decade of the 20th century. “Her face was her fortune, she was in demand everywhere,” says Paula Uruburu, author of American Eve, a biographical account of Nesbit. “She was the precursor of the Miley Cyruses of today, and the young women who become the breadwinners for their families.”...

Three grisly tales of love and death in tinseltown

One of my earliest and most vivid memories is watching the original King Kong, sitting captivated as the giant ape scales the Empire State Building with a screaming Fay Wray in his hairy grip. It was my dad's favorite movie when he was a boy, and it was the film that led to my enduring fascination with movies, monsters and the fantastic made frighteningly real. In other words: all things Tinseltown...

Dr. Paula Uruburu is interviewed for this story on Evelyn Nesbit, who was the toast of New York high society when the famous architect Stanford White attacked her. When White was murdered by Nesbit's husband, it sparked the beginning of America's obsession with celebrity trials.

This Is Criminal (Podcast)  online

Dr. Paula Uruburu, professor of English, is featured in the podcast Criminal about Evelyn Nesbit, the original Gibson Girl, the first “It Girl,” the Girl in the Red Velvet Swing – and the first supermodel celebrity. She was a young starlet when the famous architect Stanford White attacked her. When White was murdered by Nesbit’s husband, Harry Thaw, it sparked the beginning of America’s obsession with celebrity trials. Dr. Uruburu is the author of 2008’s American Eve: Evelyn Nesbit, Stanford White, the Birth of the ‘It’ Girl, and the Crime of the Century. She is currently at work on a book about Lizzie Borden.

20 Classics Every American Should Read, According to English Professors

Following the news of the passing of Toni Morrison, the website 24/7 Wall St. asked professors of English – including Hofstra’s own Paula Uruburu – to offer suggestions of literary classics all Americans should make a point of reading at least once. Professor Uruburu noted that the literary landscape has changed in recent decades to become more inclusive – more women writers, including women of color, as well as African American, Native American, Asian, continental, developing world, and LGBTQ authors. She noted the classics are also beginning to include graphic novelists. Some of Professor Uruburu’s suggestions include Pride and Prejudice, Huckleberry Finn, The Great Gatsby, The Grapes of Wrath, The Diary of a Young Girl, 1984, Fahrenheit 451, The Lord of the Rings and A Handmaid’s Tale.

Panel: “Number One with a Bullet: True-Crime Authors on Hitting the Top,”: http://news.hofstra.edu/2016/04/11/dr-paula-uruburu-revisits-evelyn-nesbit-for-journalism-conference/

The Wild West Side on Film

The Wild West Side on Film