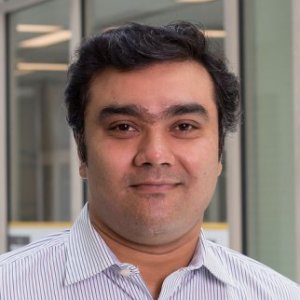 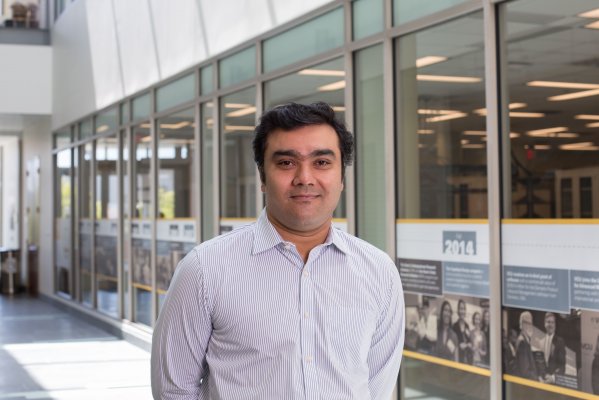 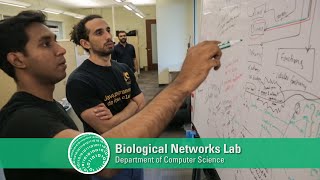 University of Texas at Arlington: Ph.D., Computer Science and Engineering 2007

University of Texas at Arlington: M.S., Computer Science and Engineering 2004

2011 In all amyloid diseases, protein aggregates have been implicated fully or partly, in the etiology of the disease. Due to their significance in human pathologies, there have been unprecedented efforts towards physiochemical understanding of aggregation and amyloid formation over the last two decades. An important relation from which hydrodynamic radii of the aggregate is routinely measured is the classic Stokes-Einstein equation. Here, we report a modification in the classical Stokes-Einstein equation using a mixture theory approach, in order to accommodate the changes in viscosity of the solvent due to the changes in solute size and shape, to implement a more realistic model for Aβ aggregation involved in Alzheimer’s disease. Specifically, we have focused on validating this model in protofibrill lateral association reactions along the aggregation pathway, which has been experimentally well characterized.

2011 Proteins search along the DNA for targets, such as transcription initiation sequences, according to one-dimensional diffusion, which is interrupted by micro- and macro-hopping events and intersegmental transfers that occur under close packing conditions.

Journal of Biotechnology and Biomaterials

2011 Traditionally, the key focus of biology has been on detailed understanding of single genes, molecules or processes involved in particular phenotypic manifestations. This powerful approach has resulted in a significant understanding of the structure and function of individual genes and proteins. In the recent past, with the development of high throughput micro array experiments and bio chips, an explosive amount of empirical data on the molecular foundations of biological structures and functions [1] have been opened up to researchers. Complete genomic sequencing of new organisms has been completed and advanced databases like Genome Bank (GenBank), Protein Database (PDB), which store comprehensive annotations of genomic and protein structures, are being developed at previously unimaginable rates. Concomitant with this development, a large body of knowledge is being derived from different biological pathways activated by different regulatory genes, hormones and metabolic reactions through fluorescence tagging and other types of advanced in-vitro experiments. These results are captured in a large volume of scientific papers and experimental data in PubMed [2] and other databases. However, as more and more data become available, biologists are now looking beyond 2 assigning functions to individual genes – focusing on dynamic processes, interdependent regulatory controls, and the operation of multiple interacting components...