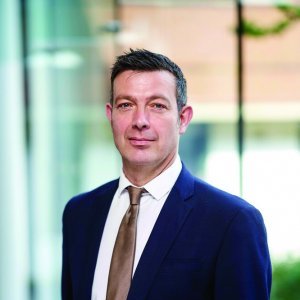 Professor Tunney's research is on judgement and decision-making. He also researches behavioural addiction including gambling. 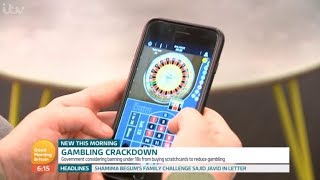 Richard Tunney is an experimental cognitive psychologist by background. Most of his research is on judgement and decision-making. In recent years, he has focussed on surrogate decision-making (DMfO), behavioural addiction and impulsivity. Other research interests include: implicit learning and categorization, episodic memory, second-language acquisition, and pro-social behaviour.

Richard Tunney, a psychology professor at Aston University who studies online gambling, told the Financial Times: “From a legislative point of view, there are pretty much no restrictions on smartphone gambling and because the companies themselves are often based in other jurisdictions, the job of regulating them is extremely challenging.”

Richard Tunney, professor of psychology at Aston University and author of a study on digital betting in February, said that the ubiquity of smartphone gambling made online activity harder to monitor.

The study, "Gambling on Smartphones: A Study of a Potentially Addictive Behaviour in a Naturalistic Setting," was carried out by Dr. Richard Jamesin the School of Psychologyat the University of Nottingham, Professor Richard Tunney at Aston University in Birmingham, and Professor Claire O'Malley at Durham University.

But Professor Richard Tunney, who led the study into gambling apps, said mobile games fall 'under the radar' because people are already conditioned to be constantly on their phones.

2020 A large number of end-of-life decisions are made by a next-of-kin for a patient who has lost their decision-making capacity. This has given rise to investigations into how surrogates make these decisions. The experimental perspective has focused on examining how the decisions we make for others differ from our own, whereas the qualitative perspective has explored surrogate insights into making these decisions.

Open letter from UK based academic scientists to the secretaries of state for digital, culture, media and sport and for health and social care

2020 As leading academic scientists studying gambling behaviours and its harms, we are writing to express our concern about the continuing support shown for the voluntary system of funding treatment, prevention and research in Great Britain. We feel compelled to write to you following the Betting and Gaming Council’s (BGC) recent announcement (17 June 2020) that five of its operators will now allocate the long awaited increase in funding for prevention and treatment, first promised on 2 August 2019, to GambleAware rather than the charity Action Against Gambling Harms.

Towards a cross-cultural assessment of binge-watching: Psychometric evaluation of the “watching TV series motives” and “binge-watching engagement and symptoms” questionnaires across nine languages

Do we make decisions for other people based on our predictions of their preferences? evidence from financial and medical scenarios involving risk

2020 The ways in which the decisions we make for others differ from the ones we make for ourselves has received much attention in the literature, although less is known about their relationship to our predictions of the recipient’s preferences. The latter question is of particular importance given real-world occurrences of surrogate decision-making which require surrogates to consider the recipient’s preferences.

2019 A considerable proportion of end-of-life decisions are made by the patient’s next-of-kin, who can be asked to follow the substituted judgment standard and decide based on the patient’s wishes. The question of whether these surrogate decision makers are actually able to do so has become an important issue. In this study, we examined how the likelihood of surrogates conforming to the substituted judgment standard varies with individual differences in mortality acceptance and confidence in their decision making.