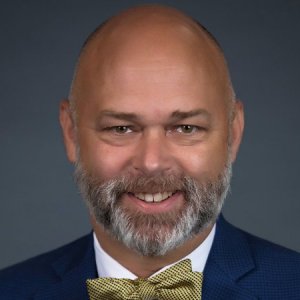 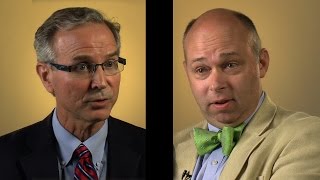 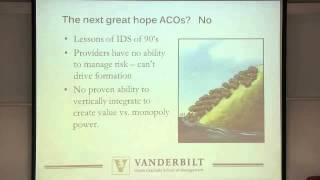 A renowned expert and researcher on health care management and economics, Larry Van Horn is a leading figure within the Vanderbilt health care community.

Van Horn has been honored by the U.S. Department of Health and Human Services as a Ruth L. Kirschstein National Research Service Award (NRSA) Fellow.

Van Horn’s research on healthcare organizations, managerial incentives in nonprofit hospitals and the conduct of managed care firms has appeared in such leading publications as the Journal of Health Economics, Journal of Law and Economics, International Journal of Industrial Organization, Medical Care, Medical Care Research and Review, Journal of Public Budgeting and Financial Management, and Harvard Business Review.

Van Horn's current research interests include nonprofit conduct, governance and objectives in healthcare markets, and the measurement of healthcare outcomes and productivity.

In fact, an analysis by economist Larry Van Horn at Vanderbilt University found that patients who pay cash for health care services pay 40 percent less, on average than the prices charged for insured patients. The cash-paying portion of the market for health care services is fairly small (compared to the portion of the market controlled by third-party payment), but price transparency rules would help all payers, and all patients, to shop around for services or simply plan for health care expenditures. Transparency would lead to greater competition and lower prices.

DR. VAN HORN: Thank you, Mr. President, for taking this action that will put healthcare information in the hands of the American consumer. This truly will be transformational.

McMichael and coauthor Larry Van Horn, associate professor of management and executive director of health affairs at Vanderbilt's Owen Graduate School of Management, say health systems need to train providers on when and how to apologize.

“The idea is simply that if providers could just say they’re sorry, that’s what patients really want. They really don’t care about punishing the doctor in a financial context, they care about having them express remorse,” said Larry Van Horn, associate professor of management and executive director of health affairs at Vanderbilt’s Owen Graduate School of Management, one of the authors of the study. “But what we find is that no, people sue for money. ‘Sorry’ is not enough.”

Don't understand health care? You're not alone. It's the industry's fault — not yours

"That's what going to have to happen in health care," said Larry Van Horn, executive director of health affairs at Vanderbilt University's Owen Graduate School of Management. "It's going to be incumbent on providers. The onus is on the provider, not the consumer."

Column: How a bite from a stray dog shows the sick state of U.S. healthcare

Larry Van Horn, director of the Center for Health Care Market Innovation Research at Vanderbilt University, said he sees hope for change in the growing use of high-deductible insurance plans. “Neither providers nor medical technology companies will be able to charge the prices they have historically if they expect an average American to foot the bill,” he said. “That is the future, and it will be bright. Providers will have to supply services that people can afford out of pocket, and this will force them to innovate and take down their costs to survive.”

2019 Based on case studies indicating that apologies from physicians to patients can promote healing, understanding, and dispute resolution, 38 states have sought to reduce litigation and medical malpractice liability by enacting apology laws. Apology laws facilitate apologies by making them inadmissible in subsequent malpractice trials.

2018 Using 2008 data from the Texas all-payor dataset, we identified all men with a primary diagnosis of prostate cancer (ICD-9:185) and an AP-DRG of 480 (radical prostatectomy). We restricted analysis to men over age 40. We then calculated age- and race-adjusted RP rates per 1000 men by county of residence.

Are college presidents like football coaches? Evidence from their employment contracts

2016 College presidents' and football coaches 2 are normally the highest-paid university executives. Given the current attention paid to rising college tuition, the media frequently focuses on their compensation, often arguing it is inappropriately

The Journal of Urology

College Football Coaches' Pay and Contracts: Are They Overpaid and Unduly Privileged

2015 Nick Saban, head football coach for the University of Alabama, and John Hammergren, CEO of McKesson Corporation, share the distinction of being the highest paid individuals in their fields. The similarities do not end there. CEOs and Division I Football Bowl Subdivision (FBS) college football coaches share many common characteristics, including that they receive intense criticism over the level of their compensation.