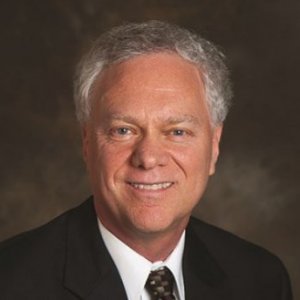 Professor Shanken has research interests primarily in the investment/capital markets side of finance with emphasis on the application of sophisticated econometric methods. His teaching interests include capital budgeting, managerial finance, and investment management. Prior to joining Emory University in the summer of 2002, he was Frontier Corporation Professor of Finance at the University of Rochester. Professor Shanken began his teaching career at the University of California, Berkeley and has also been a visiting professor at Yale University. Before teaching, he spent time as a systems analyst at Sandia Laboratories in New Mexico working on security for nuclear plants.

2013 Over the years, many asset pricing studies have employed the sample cross-sectional regression (CSR) R2 as a measure of model performance. We derive the asymptotic distribution of this statistic and develop associated model comparison tests, taking into account the impact of model misspecification on the variability of the CSR estimates. We encounter several examples of large R2 differences that are not statistically significant. A version of the intertemporal capital asset pricing model (CAPM) exhibits the best overall performance, followed by the Fama–French three-factor model. Interestingly, the performance of prominent consumption CAPMs is sensitive to variations in experimental design.

2012 We develop a simple parametric model in which hypotheses about predictability, mispricing, and the risk-return tradeoff can be evaluated simultaneously, while allowing for time variation in both risk and expected return. Most of the return predictability based on aggregate payout yield is unrelated to market risk. We consider a range of Bayesian prior beliefs about the risk-return tradeoff and the extent to which predictability is driven by mispricing. The impact of these beliefs on an investor's certainty-equivalent return when choosing between a market index and riskless T-bills is economically significant, in both ex ante and out-of-sample analyses.

A Skeptical Appraisal of Asset-Pricing Tests

2010 It has become standard practice in the cross-sectional asset pricing literature to evaluate models based on how well they explain average returns on size-B/M portfolios, something many models seem to do remarkably well. In this paper, we review and critique the empirical methods used in the literature. We argue that asset pricing tests are often highly misleading, in the sense that apparently strong explanatory power (high cross-sectional R2s and small pricing errors) can provide quite weak support for a model. We offer a number of suggestions for improving empirical tests and evidence that several proposed models do not work as well as originally advertised.

In 2000, Jay Shanken and S.P. Kothari wrote a paper called “Asset Allocation with Conventional and Indexed Bonds.” To make this paper possible, they had to back-fill returns from hypothetical inflation-linked bonds. Their method was better than the method mentioned above, but still produced an unreasonably volatile stream. The chart below shows a series, in red, that is derived from their series of hypothetical annual real returns on 5-year inflation-indexed bonds, and backing into the real yields implied by those returns. I have narrowed the historical range to focus better on the range of dates in the Shanken/Kothari paper.

A Look Inside a Hedge Fund's Black-Box Trading