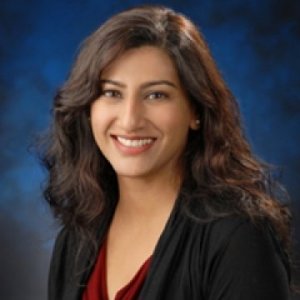 
Dr. Shruti K. Gohil is an infectious disease specialist in Orange, California and is affiliated with one hospital. 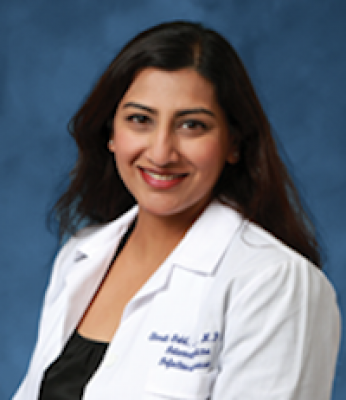 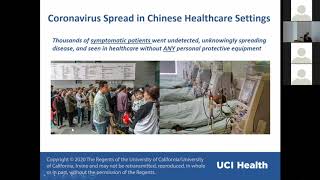 “You cut the spread by putting people away from situations where they unconsciously end up sharing germs,” said Dr. Shruti K. Gohil, associate medical director of epidemiology and infection prevention at UC Irvine Medical Center. “I think we do need to stay rational and think about how to translate the new directives into our daily lives in a way that makes sense and allows us to live life while adhering to strict precautions. That is the hard part.”

If I'm An Asymptomatic Coronavirus Carrier, How Long Will I Be Contagious?

Here’s an explanation from Dr. Shruti Gohil with the University of California Irvine Medical Center, who’s helping lead the effort to prepare the hospital for COVID-19:

Dr. Shruti Gohil, she's helping lead the effort to prepare the hospital for Covid-19 at the Medical Center at the University of California at Irvine

Hospitals have been preparing for coronavirus uptick

Shruti Gohil, an infectious disease doctor at the University of California Irvine, said her hospital system and others always have emergency plans for these types of outbreaks and disasters. Their planning ramped up in January after more cases were coming out of China.

UCI and UCI Health have implemented measures to protect the community against the coronavirus, and this public seminar is a means to address questions about the virus and its impact. Sanghyuk Shin, assistant professor of nursing and director of UCI’s Infectious Disease Science Initiative, will lead a panel of UCI experts, including Michael Buchmeier, professor of infectious diseases and associate director of the Center for Virus Research; Dr. Albert Chang, medical director at the Student Health Center; Dr. Shruti Gohil, assistant professor of infectious diseases and associate medical director of epidemiology and infection prevention; and Volodymyr Minin, professor of statistics. The event is co-sponsored by UCI’s Infectious Disease Science Initiative, Sue & Bill Gross School of Nursing, School of Medicine, Program in Public Health, Department of Statistics and Student Health Center. For more information, visit https://infectiousdiseaseinitiative.uci.edu/event/2019-novel-coronavirus-current-state-of-knowledge-and-public-health-response.

2016 Sepsis hospitalizations have increased dramatically in the last decade. It is unclear whether this represents an actual rise in sepsis illness or improved capture by coding. We evaluated the impact of Centers of Medicare and Medicaid Services (CMS) guidance after newly introduced sepsis codes and medical severity diagnosis-related group (MS-DRG) systems on sepsis trends.

2016 Adherence to central line insertion practices can significantly reduce infections and is used as a hospital benchmark for quality. However, current national standards for central line insertion practices (CLIP) compliance calculation do not include missing CLIP forms. We found adherence rates significantly decreased when accounting for all lines at an academic medical center.

2016 When caring for measles patients, N95 respirator use by healthcare workers (HCWs) with documented immunity is not uniformly required or practiced. In the setting of increasingly common measles outbreaks and provider inexperience with measles, HCWs face increased risk for occupational exposures. Meanwhile, optimal infection prevention responses to healthcare-associated exposures are loosely defined. We describe measles acquisition among HCWs despite prior immunity and lessons from healthcare-associated exposure investigations during a countywide outbreak.

2014 Sepsis, the syndrome of dysregulated inflammation that occurs with severe infection, affects millions of people worldwide each year. Multiple studies suggest that the incidence of sepsis is dramatically increasing. According to the Centers for Disease Control and Prevention (CDC), for example, sepsis rates doubled between 2000 and 2008.1 In 2010, sepsis was the 11th leading cause of death in the United States,2 and in 2011, it was the single most expensive condition treated in hospitals.