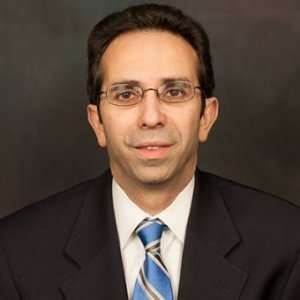 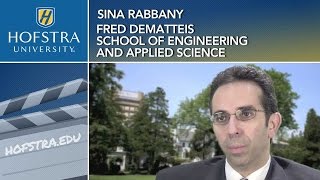 Dr. Rabbany is currently doing research in the field of cellular and tissue engineering as applied to the vascular system. One of the major obstacles in engineering vascularized tissue is induction of endothelial vessel networks. To this end, his research applies engineering principles to the advancements being made in the differentiation of embryonic stem (ES) cells toward engineering vascularized tissue. The focus of the research is to expand pure populations of stem cells in vitro, and influence their cell fate decisions to direct differentiation into vascular cells including functional transplantable endothelial (EC) and smooth muscle (SM) cells. Understanding the mechanistic basis of ES cell differentiation into functional ECs is critical to various aspects of tissue engineering and regenerative medicine. In addition, tissue explants generated by these vascular cells can be introduced in vivo to restore function by augmenting vessel growth, in the ischemic myocardium or limbs of patients after heart attacks or diabetic vascular diseases. The projects range from elucidating the role of physical forces such as cyclic stretch, simulated microgravity, and shear stress on vascular cells and engineering of vascularized constructs. In the past, he has done research in the areas of cardiovascular Mechanics and Biosensors, and cell & receptor biomechanics.

Awarded by the Institute of Electrical and Electronics Engineers.

"Could organ donation and transplants become a relic of the past? In Today’s Academic Minute, Dr. Sina Rabbany, professor and director of bioengineering at Hofstra University, discusses new insights into how blood vessels acquire characteristics, and how they might be used to transform how we repair damaged organs."

"Indeed, in the Stem Cell Journal study, the team generated endothelial cells from mouse embryonic stem cells that were functional, transplantable and responsive to microenvironmental signals. These embryonic-derived endothelial cells "are versatile, so they can be transplanted into different tissues, become educated by the tissue, and acquire the characteristics of the native endothelial cells," says the study's senior author, Dr. Sina Rabbany..."

"Dr. Rafii's team also seeks to reveal the initiation signals resulting in the activation of lung blood vessels. "Changes in local blood flow and biomechanical forces in the remaining lung after removal of the left lung could certainly be one of the initiation cues that induce endothelial activation," says Dr. Sina Rabbany, who is a co-senior author of this study and a professor of bioengineering at Hofstra University and adjunct associate professor of genetic medicine and bioengineering in medicine at Weill Cornell."

2016 Although the lung can undergo self-repair after injury, fibrosis in chronically injured or diseased lungs can occur at the expense of regeneration. Here we study how a hematopoietic-vascular niche regulates alveolar repair and lung fibrosis. Using intratracheal injection of bleomycin or hydrochloric acid in mice, we show that repetitive lung injury ...

2015 Protein drugs like growth factors are promising therapeutics for damaged-tissue repair. Their local delivery often requires biomaterial carriers for achieving the therapeutic dose range while extending efficacy. In this study, polyethylene glycol (PEG) and keratin were crosslinked and used as sponge-like scaffolds (KTN-PEG) to absorb test ...

2015 Shear stresses induced by laminar fluid flow are essential to properly recapitulate the physiological microenvironment experienced by endothelial cells (ECs). ECs respond to these stresses via mechanotransduction by modulating their phenotype and biomechanical characteristics, which can be characterized by atomic force microscopy (AFM). Parallel...

2014 Chemical or traumatic damage to the liver is frequently associated with aberrant healing (fibrosis) that overrides liver regeneration. The mechanism by which hepatic niche cells differentially modulate regeneration and fibrosis during liver repair remains to be defined. Hepatic vascular niche predominantly represented by liver sinusoidal endothelial ...