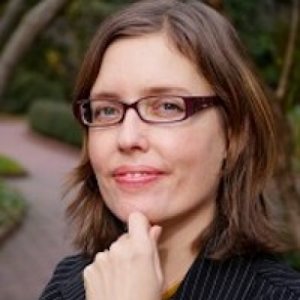 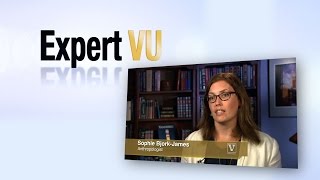 QAnon's Leader Has Not Posted Since Election Day

QAnon’s ‘Save the Children’ morphs into popular slogan

Under the guise of benefiting children, many of the posts seek to lure people into the QAnon conspiracy theory circle and encourage support for Trump, said Sophie Bjork-James, an anthropology professor at Vanderbilt University who studies the religious right and QAnon.

“While this is an important change, for almost three years YouTube was a primary site for the spread of QAnon,” said Sophie Bjork-James, an anthropologist at Vanderbilt University who studies QAnon. “Without the platform Q would likely remain an obscure conspiracy. For years YouTube provided this radical group an international audience.”

“Their algorithm worked to radicalize people and really gave this conspiracy theory a megaphone with which to expand,” Sophie Bjork-James, an anthropologist at Vanderbilt University who studies QAnon, said of social platforms. “They are responsible for shutting down that megaphone. And time and time again they are proving unwilling.”

"I don't see QAnon going away any time soon," Sophie Bjork-James, assistant professor of the practice in anthropology at Vanderbilt University, told Newsweek. "Elections are key platforms for conspiracy theories to reach a wider audience, and elected officials who espouse conspiracy theories can have even a greater reach. This can provide a sense of legitimacy to ideas that have no factual basis."

President Donald Trump’s embrace of QAnon and the pandemic has helped propel the conspiracy into the mainstream.

Despite optimism from some critics, others said it is not clear if such measures will be enough. For years, racist groups “have successfully used social media to amplify their message and gain new recruits,” said Sophie Bjork-James an anthropology professor at Vanderbilt University who specializes in white nationalism, racism and hate crimes.

Tiffiney Zinger said it was painful telling her daughter she couldn't use a family vacation photo for her second grade class project – the image was marred by what appeared to be a symbol of hate. The photo shows the 6-year-old girl, who is biracial and has autism, posing with an actor dressed as the movie character Gru from "Despicable Me" during a Universal Orlando breakfast event attended by the Zinger family in March. The character formed an upside-down "OK" symbol with his fingers, recognized by some as a hate symbol, on the girl's shoulder, according to a photo and video reviewed by USA TODAY.

2018 In this article, I examine how US evangelical opposition to LGBT rights stems from a unique understanding of sexuality and the person. As my respondents explained to me in over sixteen months of field research, evangelical rejection of LGBT individuals and practices is rooted not simply in prejudice but also in a culturally specific notion of personhood that requires Christian bodies to orient themselves to the divine.

2017 On November 12th, 2016 TheDailyStormer. com, a neo-Nazi website with a monthly viewership of over two million lead with the headline,“The Swastika Reigns in Germany! Trump reigns in America!” After the election a popular thread on the white nationalist website Stormfront. org, with over 300,000 members, carried a discussion thread about Trump’s victory lled with congratulatory posts and happy-face emojis clinking beer mugs.“The Don, is president!” one person wrote.

2015 This article explores the relevance of the ethnographic study of the Internet for feminist scholars interested in families. The online world is an emerging field site for feminist scholars investigating spousal, parental, and kin relations, one that opens up new arenas of study but also requires novel methodological approaches. The proliferation of cyber-communities and computer-mediated communication has radically altered how we live, communicate, and gather, share, and produce knowledge.