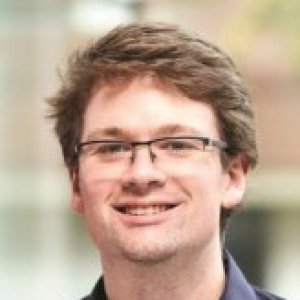 Stephen David Worral's research interests are focused upon the interface between metal-organic frameworks and electrochemistry.

Prior to joining Aston University his research career had been based at the University of Manchester. Starting with an MChem in Chemistry under the supervision of Dr Andrew Horn in 2012 he then completed a PhD in Nanoscience in 2016 under the joint supervision of Professor Robert Dryfe and Dr Martin Attfield. This was followed by two post doctoral research positions. The first was in Atmospheric Chemistry, working for Professor Carl Percival and Professor Hugh Coe, as part of the APHH Beijing project. The second was in 2D material nanocomposites, working for Professor Sarah Haigh and Dr Steve Edmondson, as part of the DISCOVERER project.

His primary research interests are focused upon the interface between metal-organic frameworks (MOF) and electrochemistry.

He also has a supporting interest in developing coatings of two-dimensional materials; both for aerospace applications and for the synthesis of composite coatings with MOFs for electrochemical applications.

Additionally he has an ongoing collaboration focused upon the measurement and interpretation of solid state vapour pressure data towards improving the modelling of aerosols in the atmosphere.

2021 With the continued drive to develop elastomers, improved methods are required to decrease the environmental impact of their preparation. Previously, such systems used Zn-based salts to form nanostructured ionomeric elastomers which had high modulus values, but only limited stretchability. Here, we investigate highly stretchable, additive-free, nanostructured films that are formed simply by casting aqueous core–shell nanoparticle dispersions and drying. The nanoparticles have a poly(n-butylacrylate) (PBA) core and the shell contains a crosslinked copolymer of BA, acrylonitrile (AN), methacrylic acid (MAA) and 1,4-butanediol diacrylate (BDDA). The nanostructured films are shown to be highly stretchable (up to 1300%) and their toughness increases linearly with MAA content. The latter is due to hydrogen-bonding between the –COOH groups and AN. The core–shell nanoparticles are subsequently functionalised using glycidyl methacrylate (GMA) and the films heated to provide additional covalent crosslinking. We show that the vinyl group content can be evaluated using Raman spectroscopy. The latter also enables the monitoring of nanoparticle functionalisation by the reaction with GMA. Radical coupling of the vinyl groups upon heating of the films is shown to increase both the modulus and toughness of the films. Our new nanostructured films provide an alternative, additive-free, environmentally friendly approach for the preparation of highly stretchable water-based elastomers.

2021 Measurements of OH, HO2, complex RO2 (alkene-and aromatic-related RO2) and total RO2 radicals taken during the integrated Study of AIR Pollution PROcesses in Beijing (AIRPRO) campaign in central Beijing in the summer of 2017, alongside observations of OH reactivity, are presented. The concentrations of radicals were elevated, with OH reaching up to 2:8 × 107 molecule cm-3, HO2 peaking at 1 × 109 molecule cm-3 and the total RO2 concentration reaching 5:5×109 molecule cm-3. OH reactivity (k.OH/) peaked at 89 s-1 during the night, with a minimum during the afternoon of 22s-1 on average. An experimental budget analysis, in which the rates of production and destruction of the radicals are compared, highlighted that although the sources and sinks of OH were balanced under high NO concentrations, the OH sinks exceeded the known sources (by 15 ppbvh-1) under the very low NO conditions (< 0:5ppbv) experienced in the afternoons, demonstrating a missing OH source consistent with previous studies under high volatile organic compound (VOC) emissions and low NO loadings...

2021 The formation of isoprene nitrates (IsN) can lead to significant secondary organic aerosol (SOA) production and they can act as reservoirs of atmospheric nitrogen oxides. In this work, we estimate the rate of production of IsN from the reactions of isoprene with OH and NO3 radicals during the summertime in Beijing. While OH dominates the loss of isoprene during the day, NO3 plays an increasingly important role in the production of IsN from the early afternoon onwards. Unusually low NO concentrations during the afternoon resulted in NO3 mixing ratios of ca. 2 pptv at approximately 15:00, which we estimate to account for around a third of the total IsN production in the gas phase. Heterogeneous uptake of IsN produces nitrooxyorganosulfates (NOS). Two mono-nitrated NOS were correlated with particulate sulfate concentrations and appear to be formed from sequential NO3 and OH oxidation. Di- and tri-nitrated isoprene-related NOS, formed from multiple NO3 oxidation steps, peaked during the night. This work highlights that NO3 chemistry can play a key role in driving biogenic–anthropogenic interactive chemistry in Beijing with respect to the formation of IsN during both the day and night.

2021 The impact of emissions of volatile organic compounds (VOCs) to the atmosphere on the production of secondary pollutants, such as ozone and secondary organic aerosol (SOA), is mediated by the concentration of nitric oxide (NO). Polluted urban atmospheres are typically considered to be "high-NO"environments, while remote regions such as rainforests, with minimal anthropogenic influences, are considered to be "low NO". However, our observations from central Beijing show that this simplistic separation of regimes is flawed. Despite being in one of the largest megacities in the world, we observe formation of gas- and aerosol-phase oxidation products usually associated with low-NO "rainforest-like"atmospheric oxidation pathways during the afternoon, caused by extreme suppression of NO concentrations at this time. Box model calculations suggest that during the morning high-NO chemistry predominates (95 %) but in the afternoon low-NO chemistry plays a greater role (30 %). Current emissions inventories are applied in the GEOS-Chem model which shows that such models, when run at the regional scale, fail to accurately predict such an extreme diurnal cycle in the NO concentration. With increasing global emphasis on reducing air pollution, it is crucial for the modelling tools used to develop urban air quality policy to be able to accurately represent such extreme diurnal variations in NO to accurately predict the formation of pollutants such as SOA and ozone.