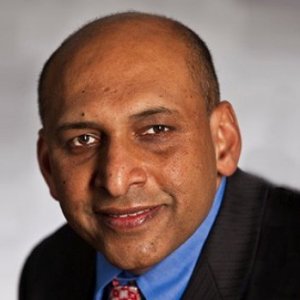 His research touches a wide range of organizational issues, including industry evolution, strategies for niche/specialist firms, and applications of social network theory. His current research explores the structure and history of the American brewing and wine industries, the structure of open source software development communities, as well as career mobility among winery managers and NFL coaching staff.

Organizational change and its consequences

Strategic choices as a diffusion process

The loophole in the Rooney Rule is that it doesn’t apply to coordinators or position coach jobs, which is how coaches get on head-coach interview lists to begin with.

Anand Swaminathan, Goizueta Chair and Professor of Organization & Management, has been named Director and Associate Dean of Goizueta’s PhD Program. He takes over for Professor of Accounting Grace Pownall, who served as the program head for two terms that saw increasing success in placement and student achievement. Pownall remains on the school’s faculty while Swaminathan expands on an active role in the PhD Program. He also serves as coordinator for the Organization & Management academic area. Swaminathan joined Goizueta in Fall 2007. He previously held potions at the University of California at Davis and the University of Michigan Ross School of Business. His research touches a wide range of organizational issues including industry evolution, strategies for niche/specialist firms and applications of social network theory. In 2011, PhD students will join the faculty of Pittsburgh, BYU, Virginia Commonwealth, Washington University and Florida International.

2016 Organizational leaders remain predominantly white despite increasing U.S. workforce diversity and efforts to increase racial minority representation in leadership. We propose that performance-reward bias (i.e., lesser rewards for equivalent performance) generates racial disparity in leadership by suppressing the rate at which minorities, relative to equally-performing whites, are promoted to positions considered prerequisite for organizational leadership. Career history analyses of over 1,200 National Football League coaches from 1985 to 2012 support this claim. Various fixed-effects specifications hold constant a coach’s initial and current position, enabling us to differentiate performance-reward bias from allocative mechanisms that match minorities, at hire and post-hire, to positions with inferior upward mobility prospects. We also examine racial disparity before and after implementation of a league-wide policy explicitly designed to increase the number of minorities interviewed for leadership positions. Although the disparity in head coach representation decreased after implementation, pre-implementation demographic trends prevent us from conclusively attributing this increase to the policy. Less equivocally, after implementation white assistant coaches continued to be promoted at higher rates than similarly-performing minority ones. Moreover, consistent with our arguments, this white advantage in promotion rates is specific to the transition from lower level positions to the one typically occupied prior to promotion to head coach (i.e., coordinators); no racial advantage is evident among occupants of this position. We conclude that racial disparity in organizational leadership is largely attributable to performance-reward bias in lower level positions.

Why the Microbrewery Movement? Organizational Dynamics of Resource Partitioning in the U.S. Brewing Industry

The number of small specialty brewers in the U.S. beer brewing industry has increased dramatically in recent decades, even as the market for beer became increasingly dominated by mass‐production brewing companies. Using the resource‐partitioning model of organizational ecology, this article shows that these two apparently contradictory trends are fundamentally interrelated. Hypotheses developed here refine the way scale competition among generalist organizations is modeled and improve the theoretical development of the sociological bases for the appeal of specialist organizations' products, especially those related to organizational identity. Evidence drawn from qualitative and quantitative research provides strong support for the theory. The article offers a brief discussion of the theoretical and substantive issues involved in application of the model to other industries and to other cultures.

Cosmetic, Speculative, and Adaptive Organizational Change in the Wine Industry: A Longitudinal Study