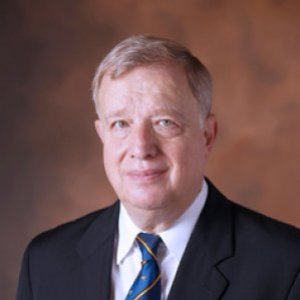 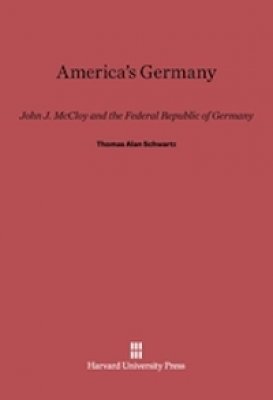 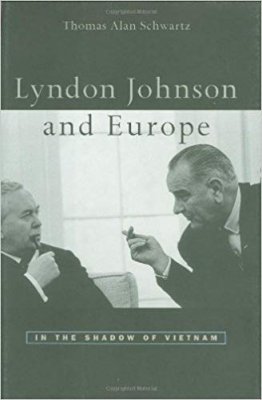 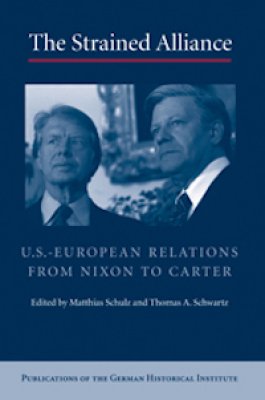 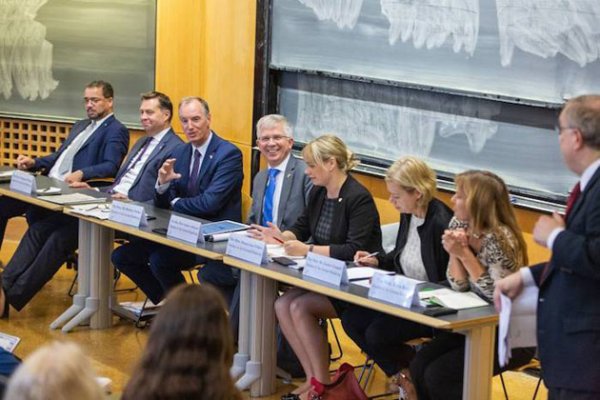 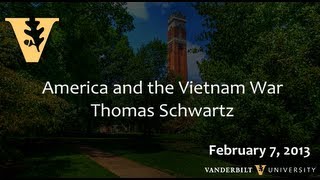 Thomas Alan Schwartz is a historian of the foreign relations of the United States, with related interests in Modern European history and the history of international relations. He is the author of America’s Germany: John J. McCloy and the Federal Republic of Germany (Harvard, 1991). The book examines the “dual containment” policy of the United States in Germany, a policy which sought to integrate Germany into the West while using her resources and strength to contain the Soviet Union. This book received the Stuart Bernath Book Prize of the Society of American Foreign Relations, and the Harry S. Truman Book Award, given by the Truman Presidential Library.

Schwartz is also the author of Lyndon Johnson and Europe: In the Shadow of Vietnam (Harvard, 2003), which examines the Johnson Administration’s policy toward Europe and assessed the impact of the war in Vietnam on its other foreign policy objectives. He is the co-editor with Matthias Schulz of The Strained Alliance: U.S.-European Relations from Nixon to Carter, (Cambridge University Press, 2009). Professor Schwartz's book, "Henry Kissinger and American Power," is forthcoming in Spring 2020.

Schwartz has served as president of the Society of Historians of American Foreign Relations. He served on the United States Department of State’s Historical Advisory Committee as the representative of the Organization of American Historians from 2005-2008. Professor Schwartz presented The 2010 Herbert S. Schell Annual Lecture in American History, "Henry Kissinger, Vietnam, and Iraq: The Problem of Realism in American Foreign Policy," on October 18, 2010.

History of the U.S. Presidency

The Madison Sarratt Prize for Excellence in Undergraduate Teaching (professional)

Brittney Griner pleads guilty in Russia, but experts warn next steps may have serious consequences

That sentiment was echoed by Tom ​​Schwartz, a distinguished professor of history at Vanderbilt University, who called a prison swap in a high-stakes case like this a "slippery slope."

Biden Defiant on the End of the Afghanistan War

"I think this was a disaster through and through, and could have been avoided. There was a political motivation to get out by the anniversary of 9/11," says Tom Schwartz, a Vanderbilt University history professor who has written extensively about the intersection of foreign policy and presidential politics.

Both sides in Israel-Gaza conflict lay groundwork for victory narratives

Thomas Alan Schwartz, professor of history and political science at Vanderbilt University, said the recent flare-up was a “depressing example of how … domestic politics” can drive a violent escalation.

Bipartisan Disgust Could Save the Republic

As awful as Wednesday was, "I actually agree with the hypothesis that this is a real opportunity for him," says Tom Schwartz, a history professor at Vanderbilt University. "I think he can come in and appeal to unity, to the sense of wanting calm."

Republicans Blast Democrats As Socialists. Here's What Socialism Is

The "S" word is a charge Republicans have leveled against Democrats for decades, says Thomas Alan Schwartz, a Vanderbilt University history and political science professor. "Democrats have tended, through regulation and other ways, to be more empowering of the federal government and in regulating the economy than the Republicans," Schwartz says, "and this has been called socialism."

Trump not the first president to be infected in a pandemic, Woodrow Wilson was in the same spot a century ago.

“Wilson’s wife was able to conceal his illness by setting up a bubble around him,” Thomas Schwartz, a professor of history at Vanderbilt University, told NBC News. “They explained the disease as coming from overwork, something people would have believed as Wilson was known to be a workaholic.”

“He’d been proclaiming his innocence and suddenly they’ve got this evidence showing he’s been lying all this time,” said Thomas Schwartz, a history and political science professor at Vanderbilt University. “We don’t have the equivalent of that now.”

"I find it hard to see him as a serious challenge, electorally at least," Vanderbilt University political science and history Professor Tom Schwartz said of Walsh in a Tuesday phone interview with Insider. "There's not a lot of room to run to Trump's right in a way that Walsh is trying to do," Schwartz said. "Where Walsh could be interesting is the fact that he is media-savvy and he might be able to provoke Trump ... and get a reaction from him."

President Donald Trump and his Republican allies in Congress have spent more than two years questioning the basis of the investigation derided as a witch hunt into Russian interference in the 2016 election.

The Arab Spring: Revolution in the Middle East

Henry Kissinger, Vietnam, and Iraq: The Problem of Realism in American Foreign Policy

Kissinger at 90: Still a Force to Be Reckoned With?

2013 Henry Kissinger, the former Secretary of State and the most famous living American diplomat, turned 90 on May 27, and his birthday provided the occasion for several writers and analysts to reflect on the significance of Kissinger’s career and the continuing influence of his ideas. Robert Kaplan, in an extensive defense of the elder statesman in the Atlantic, argued without any trace of irony that Kissinger was “the 20th century’s greatest 19th century statesman” and that his “classical realism” remains “emotionally unsatisfying but analytically timeless.”

2011 Henry Kissinger was the single most controversial diplomat of the 20th century. This article explores Kissinger's approach to the philosophy of realism in international affairs, his role in Vietnam policy making, and his most recent engagement in the debate over the Iraq War. It argues that Kissinger's realism, although philosophically consistent and having roots within his own life's experience, was always tempered by his desire to exercise influence within the American political system.

Legacies of détente: a three-way discussion

2008 Participating in this discussion about détente with two respected friends and scholars, both of whom have authored significant books about the subject of my current research, Henry Kissinger, compels me to confess that I have been strongly influenced by their work, and that this discussion threatens to be repetitious and even dangerously in agreement!