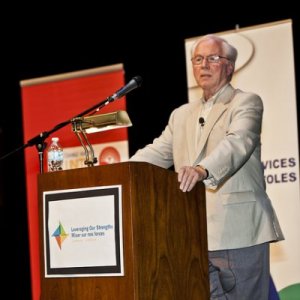 
A non-profit pioneer who continues working to create a more resilient society by enhancing inclusion, sustainability, and social innovation 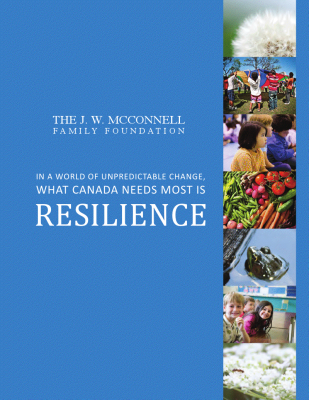 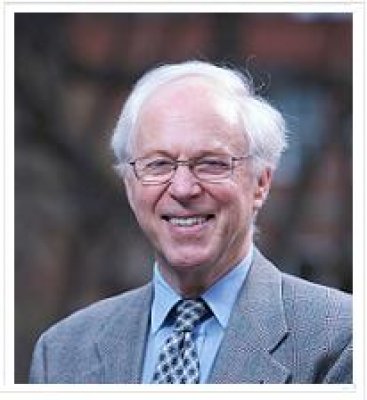 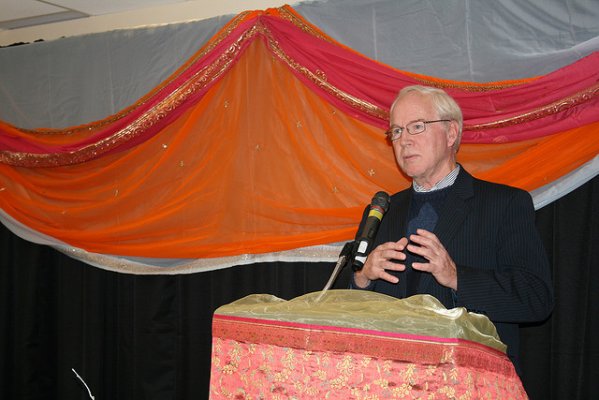 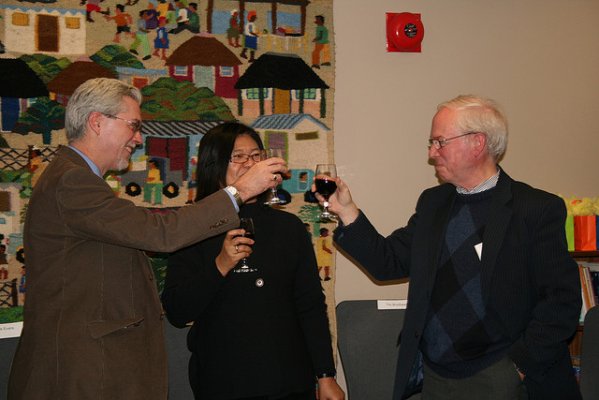 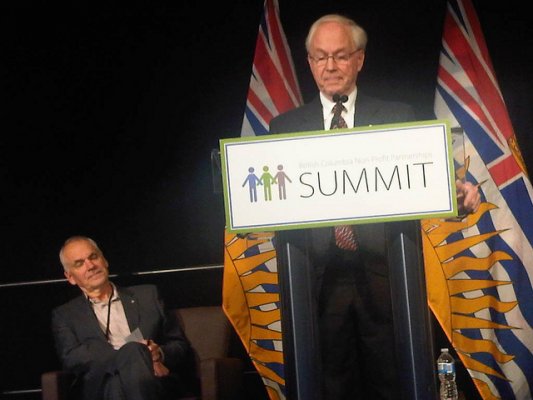 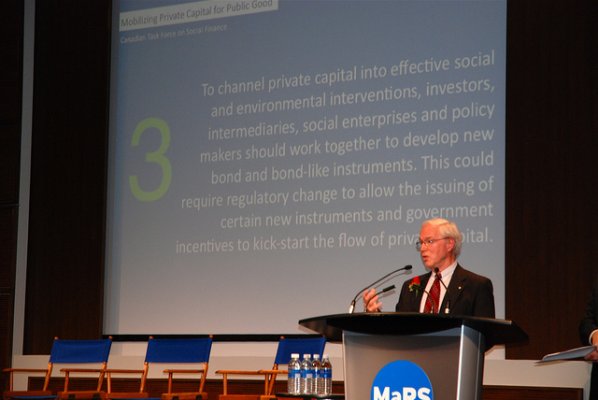 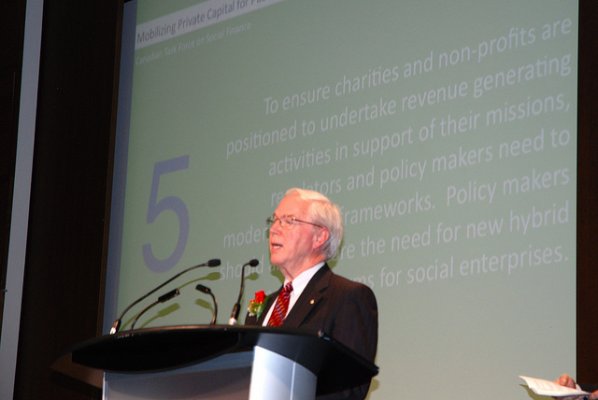 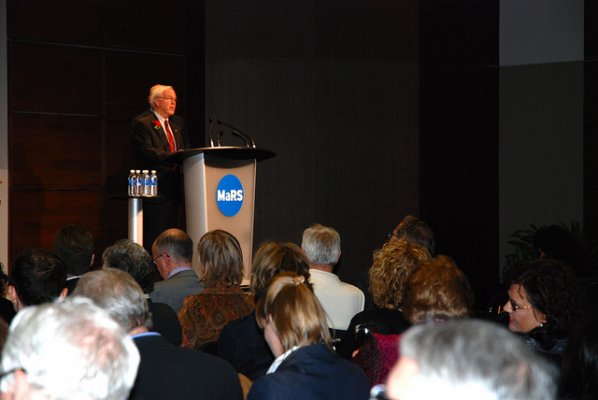 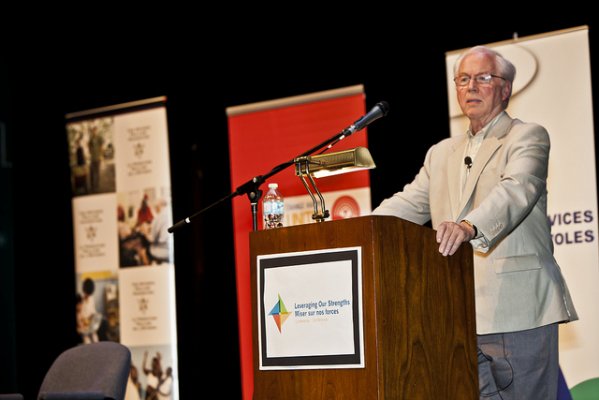 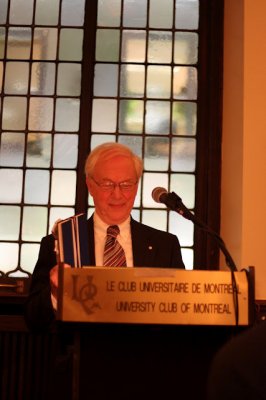 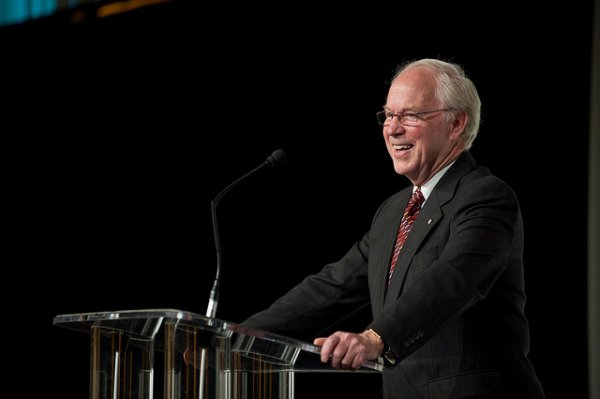 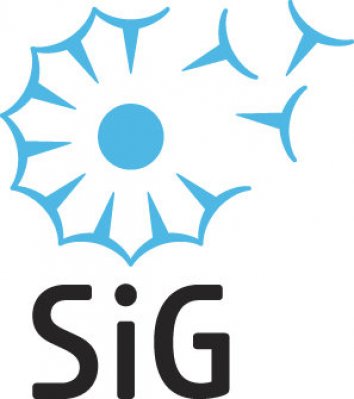 Tim Brodhead was President and Chief Executive Officer of The J. W. McConnell Family Foundation from 1995 – 2011. He recently retired his position and is engaged with SiG as a Senior Fellow. Prior to joining the Foundation he was Executive Director of the Canadian Council for International Co-operation (CCIC), a national organization representing over 120 non-profit Canadian international development agencies.

Mr. Brodhead attended McGill University and subsequently spent five years in Africa with the Canadian organization CUSO. He went on to do international development work in Africa and South Asia and co-founded Inter Pares, an Ottawa-based non-government organization.

In a voluntary capacity he has served on many boards including the Social Sciences and Humanities Research Council of Canada (SSHRC) and the Calmeadow Foundation. He is a past chair of Philanthropic Foundations Canada, the national organization of Canadian independent foundations, and currently chairs the ETC Group, which addresses the social impact of new technologies.

Mr. Broadhead is on the Sauvé Foundation Board of Directors, in addition to being a board member of the Community Foundation of Greater Montreal, Centraide/United Way Montreal, IMAGINE, Knowledge One, Concordia University and others. He is also an Adjunct Associate Professor at the University of Waterloo.

In 2001, he was appointed an Officer of the Order of Canada. In June 2002, he received an honorary Doctor of Laws degree from Carleton University, in 2005 from Dalhousie University, and in 2011 from the University of New Brunswick.

Social Innovation Generation (SiG) is a group who believes that serious social problems can be solved. In order to nurture the health, resilience and vibrancy of our linked social, economic and ecological systems SiG will work to develop a "living laboratory" of social experiments that have the potential to achieve system change and improve the well-being of Canadians. Our focus will be on social innovation that has the potential for impact, durability and scale.

The J.W. McConnell Family Foundation is a private philanthropic organization funding programs that support Canadians in building a more innovative, inclusive, sustainable, and resilient society. Our initiatives share some common characteristics: all are based on engaging people directly in learning and problem-solving, all have qualities of innovation in their approach and all seek not simply to solve problems, but to transform systems.

Recipient – Officer of the Order of Canada (professional)

In 2001, Mr. Broadhead was was appointed an Officer of the Order of Canada, which recognizes a lifetime of achievement and merit of a high degree, especially in service to Canada or to humanity at large.

ETC Group works to address the socioeconomic and ecological issues surrounding new technologies that could have an impact on the world’s poorest and most vulnerable people. The ETC Group’s international reputation has been built not merely on its effective research, but also on its unique ability to transform research into public policy and institutional change.

The Sauvé Scholars Program was established by the Jeanne Sauvé Foundation to equip, empower and enable emerging leaders to address critical global challenges in their respective communities and countries. The mission of the Jeanne Sauvé Foundation, sponsor of the Sauvé Scholars Program, is to help prepare young adults of merit so that they can develop their potential and skills to be used towards making a difference and building a better future for the societies of tomorrow.

Board of Directors – Imagine Canada (professional)

Imagine Canada is a national charitable organization whose cause is Canada’s charities and nonprofits. We support and strengthen charities and nonprofits so they can, in turn, support the Canadians and communities they serve. We work on a variety of issues and challenges that face the sector, often in partnership, including funding, human resources, volunteerism, governance, sector accountability and better understanding of the sector through research.

Centraide/United Way Montreal is an independent philanthropic organization that raises donations from the public to support a vast network of community agencies that help individuals and families in a situation of poverty in Laval, on Montreal Island and on the South Shore. Centraide wants to make Greater Montreal into a place where the less fortunate have the means to live in dignity. To achieve this aim, it relies on citizens’ capacity for self-reliance and solidarity.

In June 2002, Mr. Broadhead received an honorary Doctor of Laws degree from Carleton University, in 2005 from Dalhousie University, and in 2011 from the University of New Brunswick.

Trends in Philanthropy from a Social Innovation Perspective

Key trends in philanthropy for grant seekers from a SI perspective

KEYNOTE SPEECH: To change a system, change your thinking

Resilience and Innovation in Turbulent Times

The times are calling for leadership that is daring and innovative. This leadership reaches across old divides, bringing together unlikely partners to “build the road as they walk it” towards a more sustainable and resilient future. In this presentation on leadership and social innovation, Tim Broadhead will engage, challenge, and inspire, and that will leave you with fresh ideas for your own innovations back home.

In this presentation, Tim Broadhead will explore some of the implications of the economic downturn for Canada’s community sector and argues that new models and approaches are urgently required to ensure the community sector's health and to maintain Canadians’ well-being.

What Canada Needs Most Is Resilience

Tim Broadhead will set out to explain that enhancing resilience means investing in the capacity of Canadians to handle challenges at multiple levels. Individual resilience grows by acquiring skills, assets, confidence, leadership abilities, and access to knowledge and social networks. Communities are stronger when there is abundant social capital, a dynamic civil society, supportive informal networks, and a culture of active citizenship. Social innovation and leadership will also be addressed.