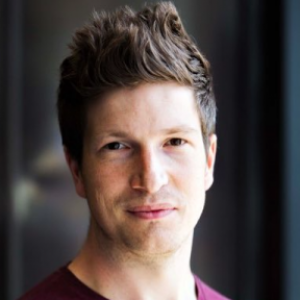 Tom Mills is a sociologist with an interest in media and communications, elite institutions and networks, and the use of digital methods. 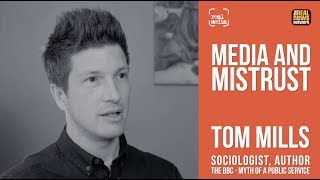 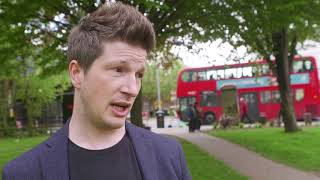 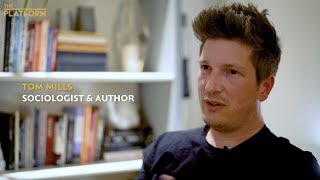 Tom Mills is a sociologist with an interest in media and communications, elite institutions and networks, and the use of digital methods. He is the author of The BBC: Myth of a Public Service (Verso, 2016), which examines the BBC’s relationship with the state and the ways in which the rise of neoliberalism impacted on its organisational structure and culture. He is the co-editor of What is Islamophobia? Racism, Social Movements and the State (Pluto Press, 2017), a book which offers a realist conception of Islamophobia as the product of concrete social, political and cultural action by the social movements and the state. Among other things, Tom is currently working on a British Academy funded project using data from Who's Who to map the structure of the UK 'Establishment'.

State servant or free agent? The BBC's balancing act is now even harder

It will take time to emerge from the challenges we all face,” the BBC’s director general Tony Hall said last month, “but the BBC will be there for the public all the way through … As the national broadcaster, the BBC has a special role to play at this time of national need.” But what kind of role should and does such an organisation play during a public health crisis?

There is a new urgency to debates about the future of public broadcasting. The first question we should be asking is not how the BBC can be saved from its enemies on the right, but more constructively, what kind of public media organisation would best meet the technological and political challenges of the 21st century?

The BBC’s fabled impartiality was only ever an elite consensus

The BBC’s friends are starting to worry about it. At a time when we urgently need public media to reinvent itself, its leadership seems insular and inert.

The BBC is neither independent or impartial: interview with Tom Mills

Tom Mills, a Lecturer in Sociology and Policy at Aston University and former Co-Editor of New Left Project, has just published his first book, The BBC: Myth of a Public Service. Using archival research, original interviews, autobiographies and secondary sources Mills examines the politics of the BBC, arguably the most influential and trusted news organisation in the UK.

The ethics of researching ‘terrorism’ and political violence: a sociological approach

In this article, we propose a sociological model for the assessment of ethics in research on conflict and terrorism. We move beyond the rather narrow, procedural approaches that currently dominate contemporary discussion, seeking to broaden ethical considerations to include questions of social power, academic freedom, and the politics of knowledge production, as well as a consideration of the public function of the university. We argue that social scientists have both a professional responsibility to protect the integrity of scientific knowledge, and public responsibilities to the wider societies of which they are part. Navigating ethical questions, we suggest, therefore requires a reflexive engagement with the social conditions of knowledge production; a careful consideration of the social impact of research; and a dialogue with a variety of ‘publics’, not merely policy actors. The main body of the paper reviews the range of writing on the ethics of ‘terrorism studies’, engages with the question of institutional oversight and then examines the ethics of the current ‘impact agenda’ in UK universities. We conclude by drawing on our empirical findings and applying them to our proposed model to argue for: a significant revision to ethical policies and guidelines (and better means of enforcement) so as to better protect vulnerable research subjects; offer greater protections to researchers from (especially) powerful interests which attempt to smear, constrain or undermine independent research; make unethical research (which we argue is widespread) more visible, with the intent that it be managed down.

Secrecy, coercion and deception in research on ‘terrorism’ and ‘extremism’

This article calls for more understanding of the ethical challenges and dilemmas that arise as a result of state involvement in academic research on ‘terrorism’ and ‘extremism’. It suggests that researchers and research institutions need to be more attentive to the possibilities of co-option, compromise, conflict of interests and other ethical issues. The paper empirically examines the relationship between academic researchers and the security state. It highlights three key ways in which ethical and professional standards in social scientific research can be compromised: (1) Interference with the evidence base (through a lack of transparency on data and conflicts of interest); (2) Collaboration on research supporting deception by the state which undermines the ability of citizens to participate in democratic processes; and (3) Collaboration on research legitimating human rights abuses, and other coercive state practices. These issues are widespread, but neglected, across: literature on ‘terrorism’ and ‘extremism’; literature on research ethics; and, in practical ethical safeguards and procedures within research institutions. In order to address these issues more effectively, we propose that any assessment of research ethics must consider the broader power relations that shape knowledge production as well as the societal impact of research. In focusing on the centrality of states – the most powerful actors in the field of ‘terrorism’ and ‘extremism’ – our approach moves beyond the rather narrow procedural approaches that currently predominate. We argue more attention to the power of the state in research ethics will not only help to make visible, and combat, ethically problematic issues, but will also help to protect the evidence base from contamination. We conclude by proposing a series of practical measures to address the problems highlighted.

We should aim our attention at powerful institutions and the super-rich.

Public service broadcasting and its commercial alternatives – most notably the corporate media system that developed in the United States – each represented distinct elite responses to the emergence of new communicative technologies in the context of industrialization, working-class political mobilization, and universal suffrage. Both sought to unify classes around a shared ‘common culture’, and thereby to manage conflicting interests in capitalist societies. In the case of commercial broadcasting systems, this was mediated by capitalist enterprises drawing on expertise in marketing, advertising, and public relations, and appealed to the population as consumers. In the case of the BBC, it was mediated by sections of the Oxbridge educated cultural elite with appeals to middle-class culture and the symbols and rituals of the British imperial state.

What has become of critique? Reassembling sociology after Latour

The British Journal of Sociology

This paper offers a defence of sociology through an engagement with Actor Network Theory (ANT) and particularly the critique of ‘critical’ and politically engaged social science developed by Bruno Latour. It argues that ANT identifies some weaknesses in more conventional sociology and social theory, and suggests that ‘critical’ and ‘public’ orientated sociologists can learn from the analytical precision and ethnographic sensibilities that characterize ANT as a framework of analysis and a research programme. It argues, however, that Latour et al. have too hastily dispensed with ‘critique’ in favour of a value neutral descriptive sociology, and that the symmetrical and horizontalist approach adopted in ANT is particularly ill‐suited to the development of scientific knowledge about social structures. It argues that a more straightforwardly realist sociology would share many of the strengths of ANT whilst being better able to interrogate, empirically and normatively, the centres of contemporary social power.