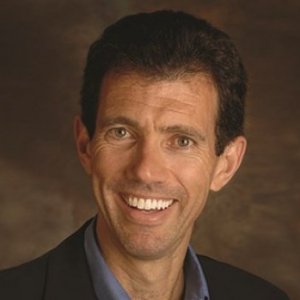 Nicholas Valerio designed and teaches two advanced elective courses on Derivative Financial Assets. In addition, he teaches or has taught courses on Fixed Income Securities, Corporate Finance, Advanced Financial Topics, and an undergraduate Finance Honors Seminar. Prior to entering academia Nicholas worked in the Capital Markets group of Citibank in the sales and trading area of the Money Market Division. He combines academic theory and his professional experience for a pragmatic view of the financial markets in his research and teaching. Nicholas has also been a Visiting Professor at The Wharton School of the University of Pennsylvania where he taught a Derivative Financial Assets course.

The effects of trading halts on price discovery for NYSE stocks

The Market for Equity Options in the 1870s

The introduction of exchange-traded options in 1973 led to explosive growth in the stock options market, but put and call options on equity securities have existed for more than a century. Prior to the listing of option contracts, trading was conducted in an order-driven over-the-counter market. From 1873 to 1875, quotes for options contracts were published weekly in The Commercial and Financial Chronicle during a period that saw extensive marketing efforts by a number of brokerage firms. In this article we examine these quotes to determine why this seemingly sophisticated market existed for only a brief period in financial history.

"The advantages don't completely outweigh the negatives now in terms of going public," Valerio says. "The private markets are becoming a bigger marketplace,"...

Investment banking has always been a highly cyclical business, growing when the markets grow, shrinking when they shrink. But a combination of regulation, technology and investment suggests that, as stockbrokers have traditionally whispered in boom times, this time it’s different. The go-go era of investment banking that began in the mid-1980s and thrived up to the financial crisis appears to be on its way out, as the biggest banks shrink in response to regulation and smaller, more focused firms, funds, and start-ups take a larger share of the market. “It’s becoming a mature industry,” says George Kuznetsov, a London-based member of the executive board at Coalition, a banking data firm. Over the past few years, the number of banks with aspirations to become one of the world’s top three investment banks has shrunk from 10-15 to three, says Kuznetsov. Six years ago, in 2009-2010, all those large banks aspired to be one of the top three of almost everything. No longer. “At this point in time, that mentality doesn’t exist,” he says.