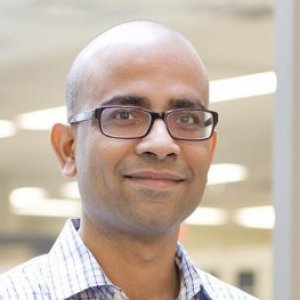 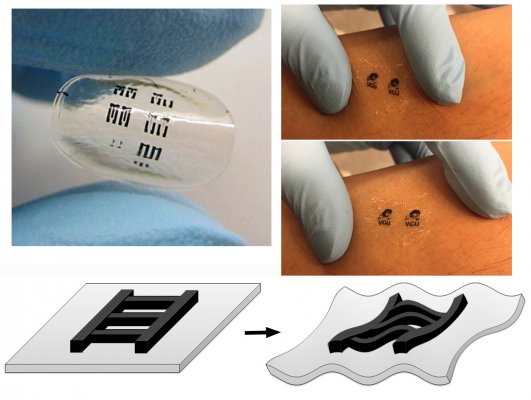 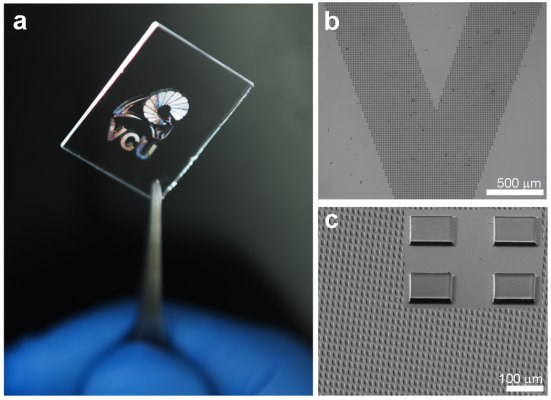 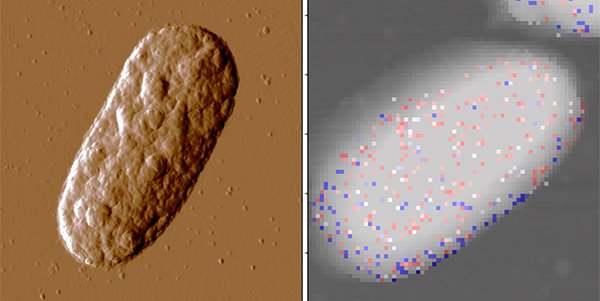 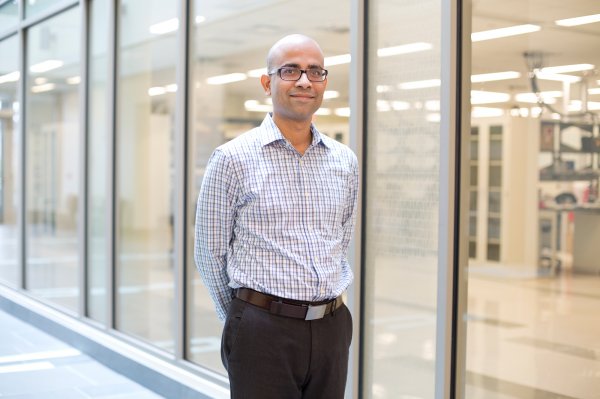 This disclosure relates to a method of measuring a glucose concentration metric or a glucose metric in a patient by contacting an implantable glucose-sensing device with a test sample, which may be in the patient, under conditions that permit a sugar-binding molecule and a functionalized polymer or nano-particle ligand present throughout the matrix of a hydrogel to interact in a glucose-dependent manner to produce an optical signal resulting from quenching of a first fluorophore linked to the ligand or sugar-binding molecule and having a fluorescent emission spectrum quenched upon binding or release of glucose. Next the first fluorophore may be excited with light of a certain wavelength. Then at least one wavelength of light in the glucose-dependent optical signal from the fluorophore may be detected with a detector to produce a detected light signal, which may be processed to produce a glucose metric, such as a glucose concentration metric

Method and apparatus for glucose monitoring

2016 High-resolution micropatterning of a PEDOT:PSS conducting-polymer–silksericin composite is presented using a water-based, benchtop photolithographic process. Conducting microstructures formed on a flexible silk fibroin sheet allow a fully organic, flexible bioelectronic device. Large-area microfabricated devices such as biosensors that are biocompatible and degradable over a controlled period of time can be formed.

2016 Non-spherical particles of different shapes have unique properties potentially beneficial in self-assembly, biosensing, therapeutic delivery and optical applications. Forming particles with precisely controlled physical and chemical characteristics, particularly using bioinspired or bio-derived materials can open up applications inaccessible to synthetic polymers. Here, a high throughput fabrication process of different shapes of protein-based particles at high resolution using photolithography is demonstrated. In contrast to synthetic polymers, the particles shown herein are comprised of the two silk proteins – fibroin and sericin. The demonstrated technique of silk protein lithography allows fabrication of monodisperse biopolymer particles with precise geometries ranging from a few to hundreds of microns. Large numbers of particles of controllable aspect ratios can be easily formed, collected and mixed. The particles themselves are mechanically robust and biocompatible, but can be proteolytically degraded over a period of weeks. Owing to the facile fabrication technique that uses benign solvents, bioactive molecules can be encapsulated within these protein matrices. By control of shape, size, thickness and surface properties, particles that may be harvested for optics, delivery or presentation of biologically functional agents, among other applications.

Investigation of the heparin-thrombin interaction by dynamic force spectroscopy

2015 Background: The interaction between heparin and thrombin is a vital step in the blood (anti)coagulation process. Unraveling the molecular basis of the interactions is therefore extremely important in understanding the mechanisms of this complex biological process.

2015 Silk proteins from spiders and silkworms have been proposed as outstanding candidates for soft micro-optic and photonic applications because of their optical transparency, unique biological properties, and mechanical robustness. Here, we present a method to form microstructures of the two constituent silk proteins, fibroin and sericin for use as an optical biomaterial. Using photolithography, chemically modified silk protein photoresists are patterned in 2D arrays of periodic patterns and Fresnel zone plates. Angle-dependent iridescent colors are produced in these periodic micropatterns because of the Bragg diffraction. Silk protein photolithography can used to form patterns on different substrates including flexible sheets with features of any shape with high fidelity and resolution over large areas. Finally, we show that these mechanically stable and transparent iridescent architectures are also completely biodegradable. This versatile and scalable technique can therefore be used to develop biocompatible, soft micro-optic devices that can be degraded in a controlled manner.

2015 Bacteria from the genus Bacillus are able to transform into metabolically dormant states called (endo) spores in response to nutrient deprivation and other harsh conditions. These morphologically distinct spores are fascinating constructs, amongst the most durable cells in nature, and have attracted attention owing to their relevance in food-related illnesses and bioterrorism. Observing the course of bacterial spore formation (sporulation) spatially, temporally and mechanically, from the vegetative cell to a mature spore, is critical for a better understanding of this process. Here, we present a fast and versatile strategy for monitoring both the morphological and mechanical changes of Bacillus cereus bacteria at the nanoscale using atomic force microscopy. Through a strategy of imaging and nanomechanical mapping, we show the morphogenesis of the endospore and released mature endospore. Finally, we investigate individual spores to characterize their surface mechanically. The progression in elasticity coupled with a similarity of characteristic distributions between the incipient endospores and the formed spores show these distinct stages. Taken together, our data demonstrates the power of atomic force microscopy applied in microbiology for probing this important biological process at the single cell scale.