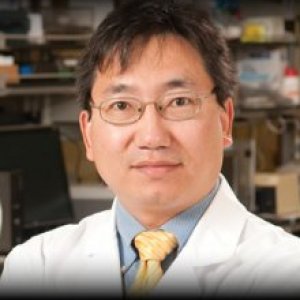 Basic concepts of transport phenomena as applied to chemical and life science engineering. Topics include transport of mass momentum and energy in single and multidimensions.

An understanding of the spatial and temporal dynamics of biological systems is key to many cellular events including cell signaling processes, second messenger systems, positive and negative feedback control, transcription, translation, and many more. This course introduces nonequilibrium (dynamic) analysis as applied to biological and chemical systems

This course is based on the need for integration of engineering and materials science of polymers with applications in life science engineering. Basic principles of polymer science including structural concepts at the molecular-, nano-, micro- and macro-scales are emphasized so that the student can understand structure/function correlation. The course treats polymer synthesis, molecular weight, morphology and surface science at an introductory level, but quantitative correlations are emphasized. Surface science is emphasized, as medical applications are often dependent on the interaction of a solid polymer with an in vivo environment (tissue, blood, membrane). The polymers chosen for emphasis include polyethylene (hip, knee replacement), poly(vinylchloride) (bood bags, catheters), polyurethanes (artificial heart, wound care) and silicones (implants, catheters). The use of polymers in drug delivery applications is explored, including osmotic-pressure-driven drug delivery. Concepts surrounding polymeric surface modifiers are developed, including applications such as enhanced biodurability and biocidal function.

2012 Polymer nanofibers are favorable for tissue engineering scaffolds because of their high surface-to-volume ratio and biomimicry of the extracellular matrix. Random and uniaxially oriented polymer nanofibers are easily fabricated by conventional electrospinning techniques; however, control over fiber organization within nanofiber structures is limited when they are collected directly from an electrospinning jet. The regenerative medicine applications of electrospun scaffolds could be expanded by developing assembly methods that allow better control of fiber organization. Here, a novel technique is presented that utilizes parallel automated tracks to orient and collect nanofibers from an electrospinning jet. The stabilized fibers are then subsequently assembled into desirable structures. It is difficult to assemble complex structures directly from an electrospinning jet because of high electrical charge and velocities, so this technology adds an intermediate step where nanofibers are immobilized on automated tracks. The result is a continuous steady-state delivery of static stabilized nanofibers that provides a unique and promising platform for automated post processing into useful nanofiber structures. This technique also allows for an indefinite amount of time, as determined by design parameters, for fibers to dry or cool before they contact other nanofibers in the collection site, thus eliminating potential for fiber-to-fiber adhesions even with slow evaporating solvents or high-temperature melts. To demonstrate potential in regenerative medicine applications, several nanofiber structures were fabricated, including: 2D structures with well-controlled fiber density; 3D loosely assembled aligned nanofiber structures with good cell penetration properties; and, complex layer-by-layer 3D aligned fiber structures assembled by integration with post-processing techniques.

2012 Injuries and disease to the central nervous system (CNS) are accompanied by severe consequences, as the adult CNS has very limited capacity to replace the lost neural cells. Different sources of neural stem cells for CNS tissue regeneration exist, including embryonic stem cells (ESCs), fetal stem cells, adult stem cells, and induced pluripotent stem cells (iPSCs), and so on. However, before stem cell therapy can be a viable option for treatments, many issues still need to be resolved, including low viability, lack of control of stem cell fate, and low cell engraftment after transplantation. Though controlling these parameters is extremely challenging, engineering structures that create permissive niches for the transplanted cells, such as the use of biocompatible hydrogels, is a promising approach. This review will focus on highlighting existing hydrogel systems currently being investigated for CNS tissue regeneration, as well as discuss design criteria for hydrogels and methods for manipulating stem cells within hydrogels systems. Finally, the use of these hydrogel systems as carriers for stem cell transplantation in CNS injury and disease models will be discussed.