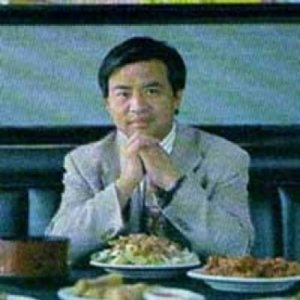 
Yong Chen is Professor of Hist. He also served as the Associate Dean of Curricular and Student Services in the School of Humanities. 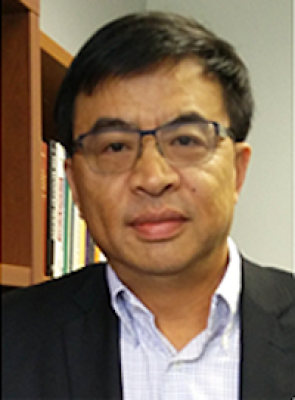 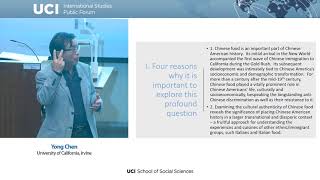 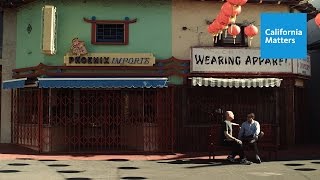 Yong Chen is Professor of History and Chancellor’s Fellow at UCI, where he served as the Associate Dean in the Office of Research and Graduate Studies (1999-2004). He is the author of Chop Suey, USA: The Story of Chinese Food in America (Columbia University Press, 2014); Chinese San Francisco 1850-1943 (Stanford, 2000) and The Chinese in San Francisco (Peking University Press, 2009), and co-editor of New Perspectives on American History (Hebei People’s Publishing House, 2010). He was also the co-curator of “‘Have You Eaten Yet?’: The Chinese Restaurant in America” in Atwater Kent Museum, Philadelphia (2006), and the Museum of Chinese in the Americas, New York City (2004–05). He serves on the National Landmarks Committee of the advisory board of the National Park Service of the United States.

Why Is Massachusetts Chinese Food Served With Dinner Rolls?

Yong Chen, professor of history at University of California, Irvine, and author of Chop Suey, USA: The Story of Chinese Food in America, concurs. Though he can’t deduce why this particular tradition took off in Massachusetts in particular. “Many Chinese restaurants have tended to serve whatever customers wanted—a lot of them have also served pure ‘American’ food,” Yong Chen says “In addition, fusion is one of the successful strategies that Chinese restaurateurs have adopted.”

Jajangmyeon is a sweet and savory black bean noodle and has become one of the most popular Korean Chinese dishes worldwide. First introduced to Korea in 1905 by a Chinese restaurant in Incheon’s Chinatown, the dish is based on a Northern Chinese ground pork and noodle dish called zha jiang mian. Even though the noodles have Chinese origins, Yong Chen, professor of history at UC Irvine and an expert on Chinese food history, explained to Lubbock Avalanche Journal that the dish is now distinctly Korean.

What I learned eating at 8,000 Chinese restaurants

Nixon's visit "prepared for another stage in the development of Chinese food in the US", said Yong Chen, a history professor at University of California, Irvine and author of Chop Suey, USA.

For Yong Chen, a historian at the University of California, Irvine, it is not the font, per se, that's the issue -- but how it's used. His 2014 book "Chop Suey, USA: The Story of Chinese Food in America," even features the typeface on its cover. "The font issue never came up during discussions of the cover design," Yong said in an email. Problems only arise, he said, when the font is deliberately used to "depict Chinese Americans and Chinese food as the Oriental other."

In the pandemic, Asian Americans relish the cozy family ritual of hot pot

In Southern California, the term “hot pot” usually conjures up the Chinese style, with all its regional variations, said UC Irvine history professor Yong Chen, author of the culinary guide “Chop Suey, USA: The Story of Chinese Food in America.” … “Numerous famous and big Chinese hot pot restaurants have opened branches in the United States, becoming a favorite among young people,” Chen said. “Such restaurants have become a popular place to hang out or meet friends.”

The Rise (and Stall) of the Boba Generation

From there, bubble tea made its way to the U.S. thanks to changing migration patterns, according to Yong Chen, a professor of history at UC Irvine and the author of Chop Suey, USA: The Story of Chinese Food in America. After Congress passed the Immigration and Nationality Act of 1965, which abolished the immigration policy that restricted the entry of Asians, Southern and Eastern Europeans, and members of other ethnic groups, waves of Taiwanese immigrants came to the U.S. from the ’60s through the ’90s.

So last week I checked back in with Yong Chen, a history professor at U.C. Irvine who has focused on Chinese and American cultural relations, ...

2019 A pair of Dirac points (analogous to a vortex-antivortex pair) associated with opposite topological numbers (with ±π Berry phases) can be merged together through parameter tuning and annihilated to gap the Dirac spectrum, offering a canonical example of a topological phase transition. Here, we report transport studies on thin films of BiSbTeSe2, which is a 3D topological insulator that hosts spin-helical gapless (semimetallic) Dirac fermion surface states for sufficiently thick samples, with an observed resistivity close to h/4e2 at the charge neutral point.

Microscopic investigation of Bi2-xSbxTe3-ySey systems: On the origin of a robust intrinsic topological insulator

Journal of Physics and Chemistry of Solids

2019 One of the most important challenges in the field of topological insulators (TI) is to find materials with nontrivial topological surface state (TSS) while keeping the bulk intrinsic (insulating). In this letter, we report microscopic investigations of BiSbTeSe2 (1112) and Bi2Te2Se (221) alloys which have been proposed as candidates to achieve an intrinsic bulk. Scanning tunneling microscopy (STM) confirms previous macroscopic experiments that 221 is an ordered alloy with a Te-Bi-Se-Bi-Te sequence.

2019 We report anomalous enhancement of the critical current at low temperatures in gate-tunable Josephson junctions made from topological insulator BiSbTeSe2 nanoribbons with superconducting Nb electrodes. In contrast to conventional junctions, as a function of the decreasing temperature T, the increasing critical current Ic exhibits a sharp upturn at a temperature T∗ around 20% of the junction critical temperature for several different samples and various gate voltages. The Ic vs T demonstrates a short junction behavior for T>T∗, but crosses over to a long junction behavior for T

2019 Understanding the effects of spin-orbit coupling (SOC) and many-body interactions on spin transport is important in condensed matter physics and spintronics. This topic has been intensively studied for spin carriers such as electrons but barely explored for charge-neutral bosonic quasiparticles (including their condensates), which hold promises for coherent spin transport over macroscopic distances.