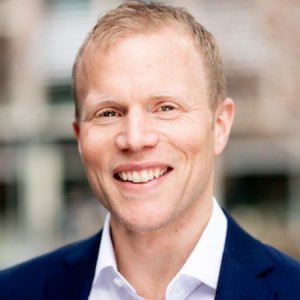 Brett Green is an Associate Professor at Berkeley Haas. He is an applied theorist whose research tries to understand the role of news and learning in markets with information asymmetries. Other areas of research include contract theory, corporate finance, and sports economics. He teaches finance in the Berkeley MBA program as well as corporate finance in the PhD program. He received a PhD in economics from Stanford Graduate School of Business. While at Stanford, he also completed a master’s degree in financial mathematics. He earned a BS in engineering and economics from Duke University.

Excellence in Refereeing Award, The Review of Economic Studies

A study last year by the economists Brett Green of the University of California, Berkeley, and Jeffrey Zwiebel of Stanford found that an average power hitter on that kind of streak is about as likely to homer in his next at-bat as a good power hitter. (Statistically, his odds have increased by a standard deviation.)...

Research supports the notion of the ‘hot hand’; baseball players always believed in it

But according to newer research — such as a working study conducted by Brett Green, an assistant professor at California-Berkeley’s business school, and Jeffrey Zwiebel, a finance professor at Stanford — there is evidence that hot streaks exist...

Can an athlete be streaky?

The two new studies, however, are poking holes in the long accepted findings. First, there is one conducted by two finance professors, focusing on baseball. The authors—Brett Green, at the Haas School of Business at the University of California Berkeley, and Jeffrey Zwiebel, at the Stanford University Graduate School of Business—analyzed a mountain of data for their study: 12 major league baseball seasons, or roughly 2 million at-bats...

What makes it noteworthy is not just its goal, whether rural Ugandans might adopt new solar-powered lights over traditional kerosene, but its provenance. The project was put up by David Levine, William Fuchs and Brett Green, all professors at Berkeley’s Haas business school...

Optimal Arrangements for Distribution in Developing Markets: Theory and Evidence

Aggregation and Design of Information in Asset Markets with Adverse Selection

Securitization, Ratings, and Credit Supply The Journal of Finance

Signal or Noise? Uncertainty and learning about whether other traders are informed Journal of Financial Economics

Waiting for News in the Market for Lemons Econometrica

Introduction to Finance for Executives